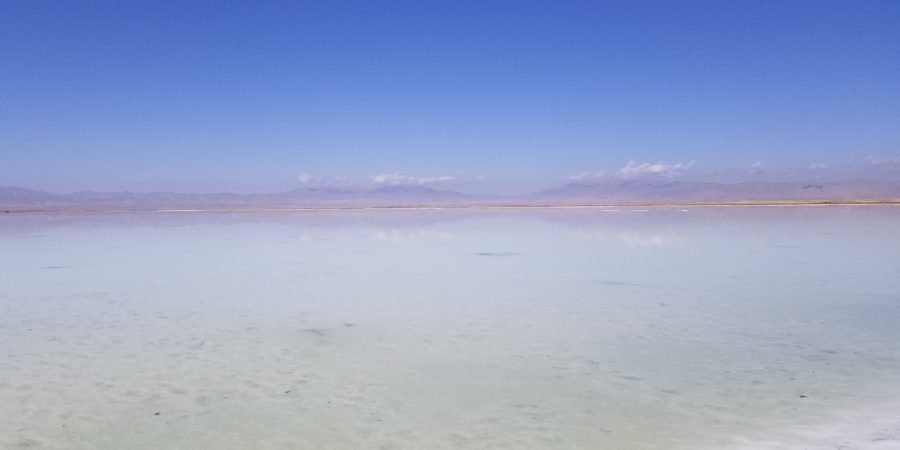 When it comes to vast expanses of salt, Bolivia’s Salar de Uyuni is iconic and the best known. Americans may also be aware of the Bonneville Salt Flats in Utah. 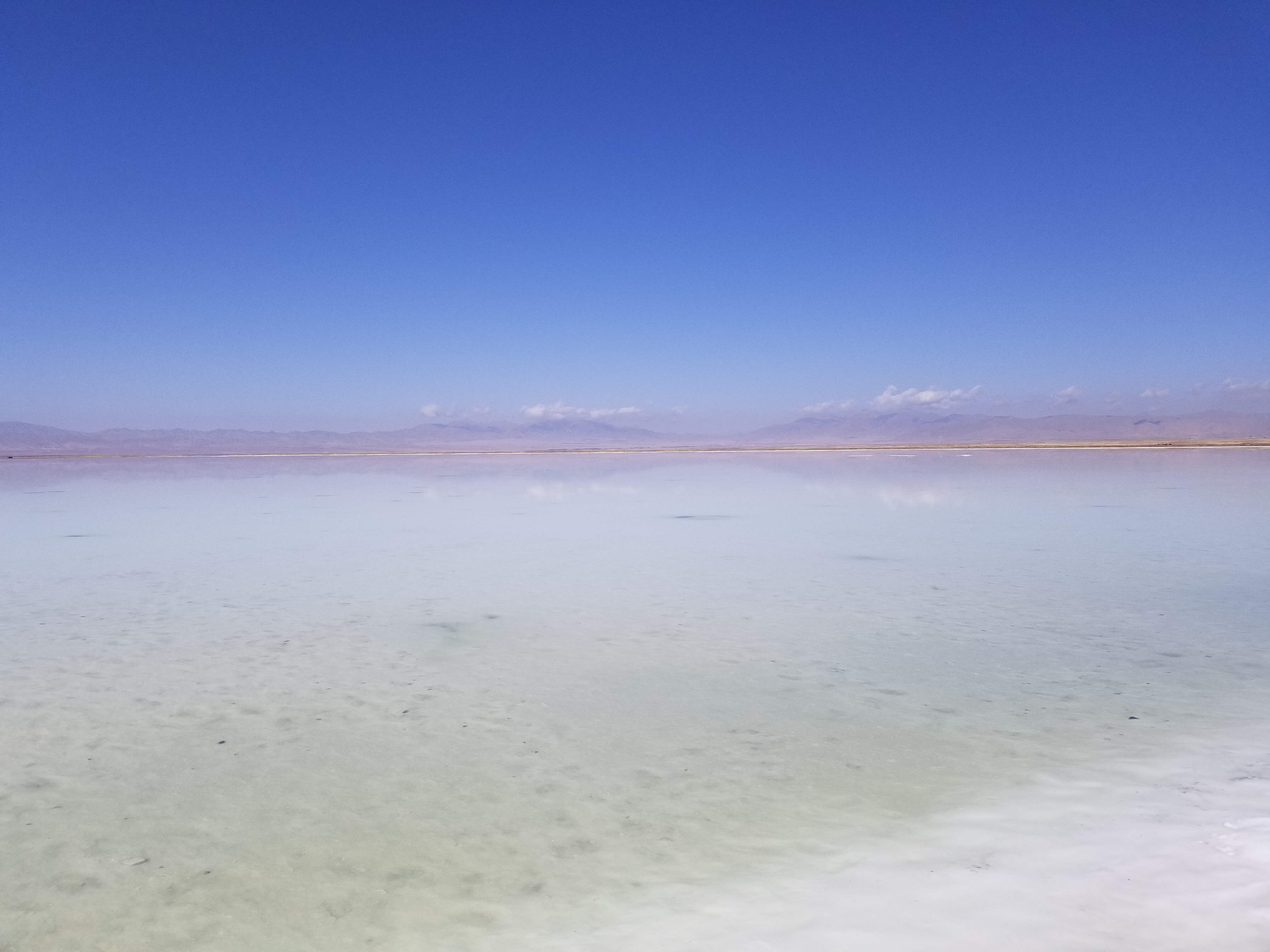 But this is not Bolivia or Utah.

Instead, this is in Chaka, tucked away in the western Chinese province of Qinghai. The keen observer will notice from this picture that it’s really a salt lake instead of a salt flat.

Called the “Mirror of the Sky”, Chaka isn’t the only salt lake in the Haixi Mongol and Tibetan Autonomous Prefecture of Qinghai province. It is the most famous, however, due to its immense beauty.

Chaka Salt Lake contains both solid and liquid salt, which has a mirror-like effect and creates picturesque panoramas against the azure skies and the mountains on the horizons. 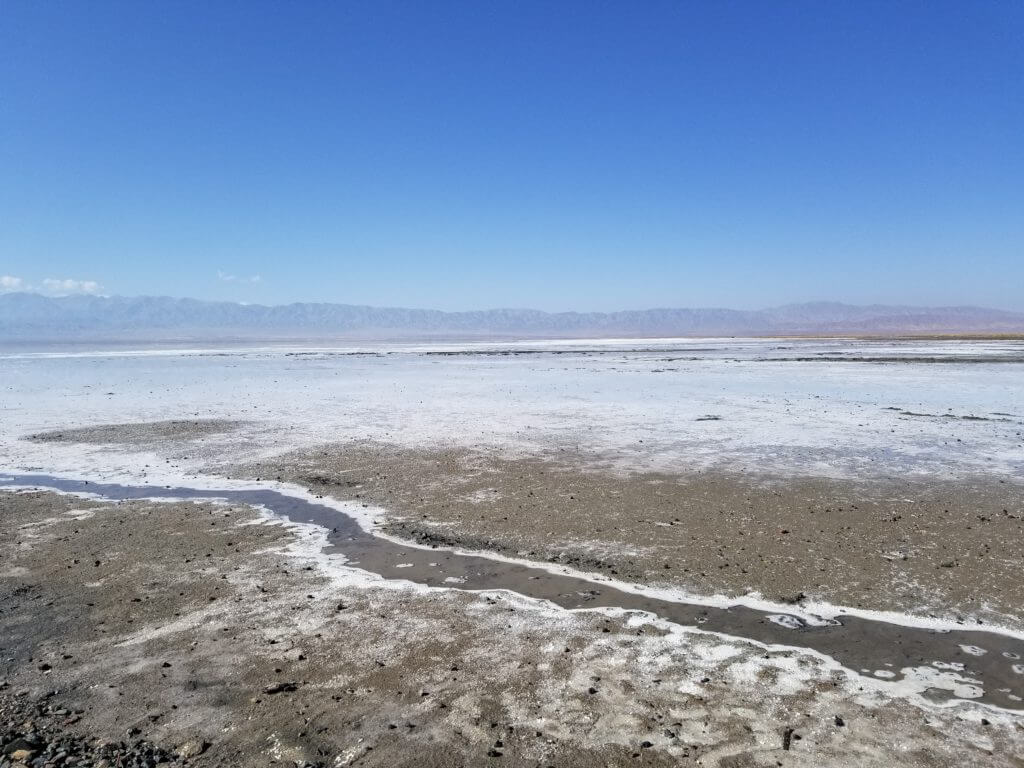 The Chaka Salt Lake park is located about 298 kilometers from Xining, the capital of Qinghai.

There’s a bus and a train that you can take from Xining to Chaka, but driving provides the best scenery along the way, and you can easily hire drivers in Xining. Most hostels and guesthouse owners will have cars and drivers for hire as well.

Once inside, it’s less than a mile from the entrance to the start of the park, and on a sunny day, it’s a perfect walk. (You can, however, pay to take a minibus or train if you’d prefer.) It’s a bit farther away if you wish to go all the way to the middle of the lake, but still accessible on foot. 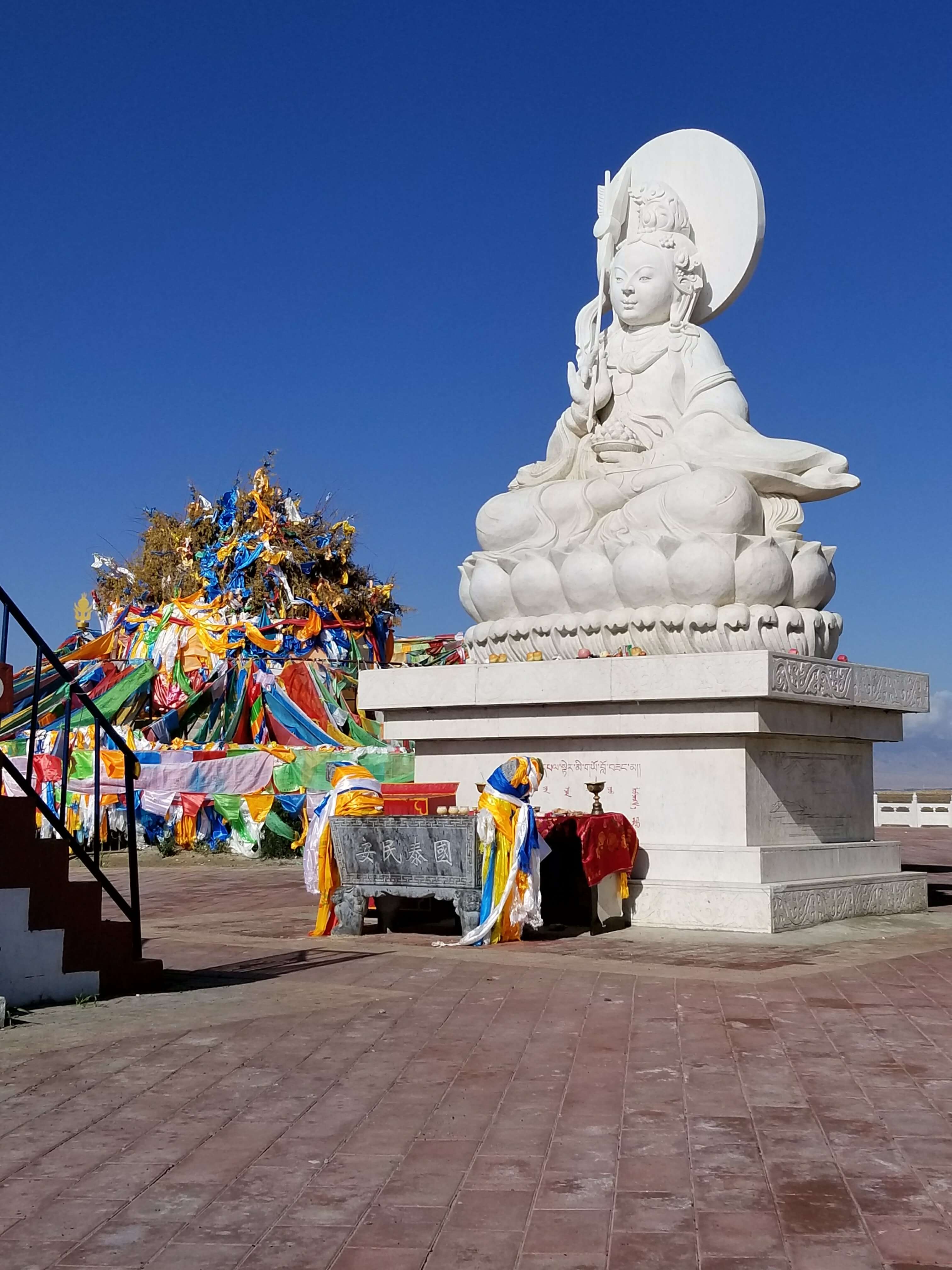 As you enter the main area, you’ll be greeted with a Mongolian oboo and Tibetan prayer flags, as well as a stern warning to put on your sunglasses. Please do. Chaka is at more than 3,000 meters, which means UV rays are stronger, and the lake reflects, well, like a mirror.

Humongous salt sculptures are scattered as you walk toward the salt lake, giving way to one median of salt, lined with a railway track for the park train and flanked by the salt lake on both sides.

While some areas are off limits due to the lake’s depth at that particular point, it is permissible to enter the lake at certain spots. And people certainly do.

If Instagram was allowed in China, Chaka Salt Lake would absolutely be an Instagram hot spot. Flocks of women in flowy dresses (red is the most popular here), waving colorful scarves, dotted the lake bed.

So if going off the beaten path is more of your style and you’re interested in exploring China beyond the major cities on its eastern seaboard, I’d highly recommend the Chaka Salt Lake on a nice day. Red dress or not is up to you. 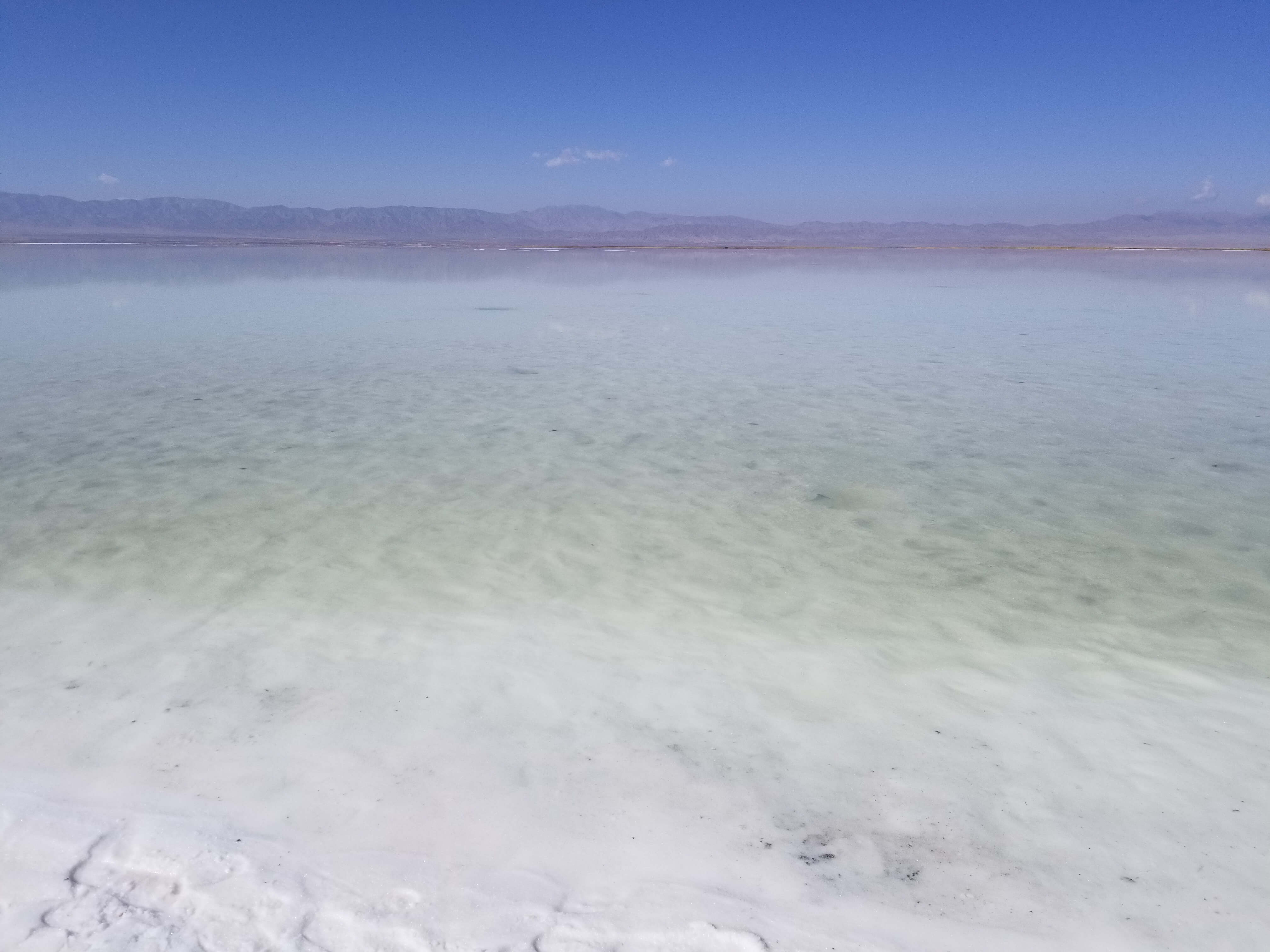 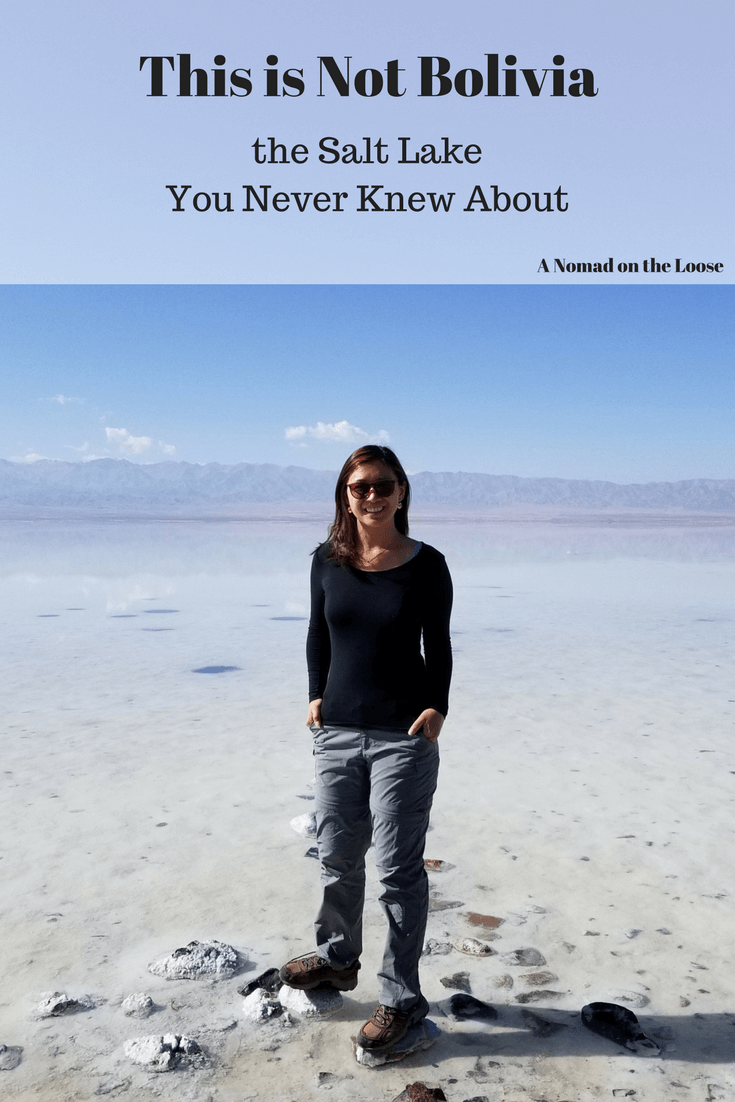 14 thoughts on “This is Not Bolivia: the Salt Lake You Never Knew About”