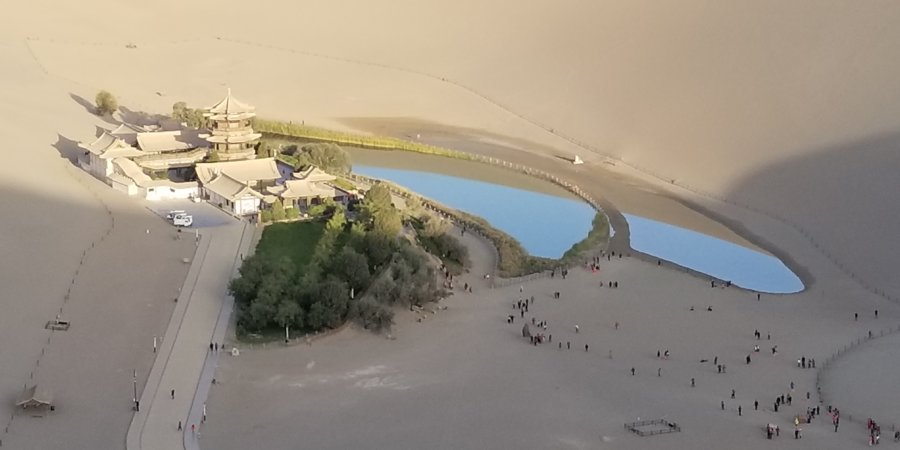 From Marco Polo to camels and caravans, stories of the Silk Road have always been full of allure and mystery. So it was with much exuberance that I finally arrived in Dunhuang, located at the former junction of two key routes of the Silk Road network. One of its major draws is something I’ve always associated with the Silk Road: deserts and oases. Namely, Mingsha Mountain and Crescent Oasis. 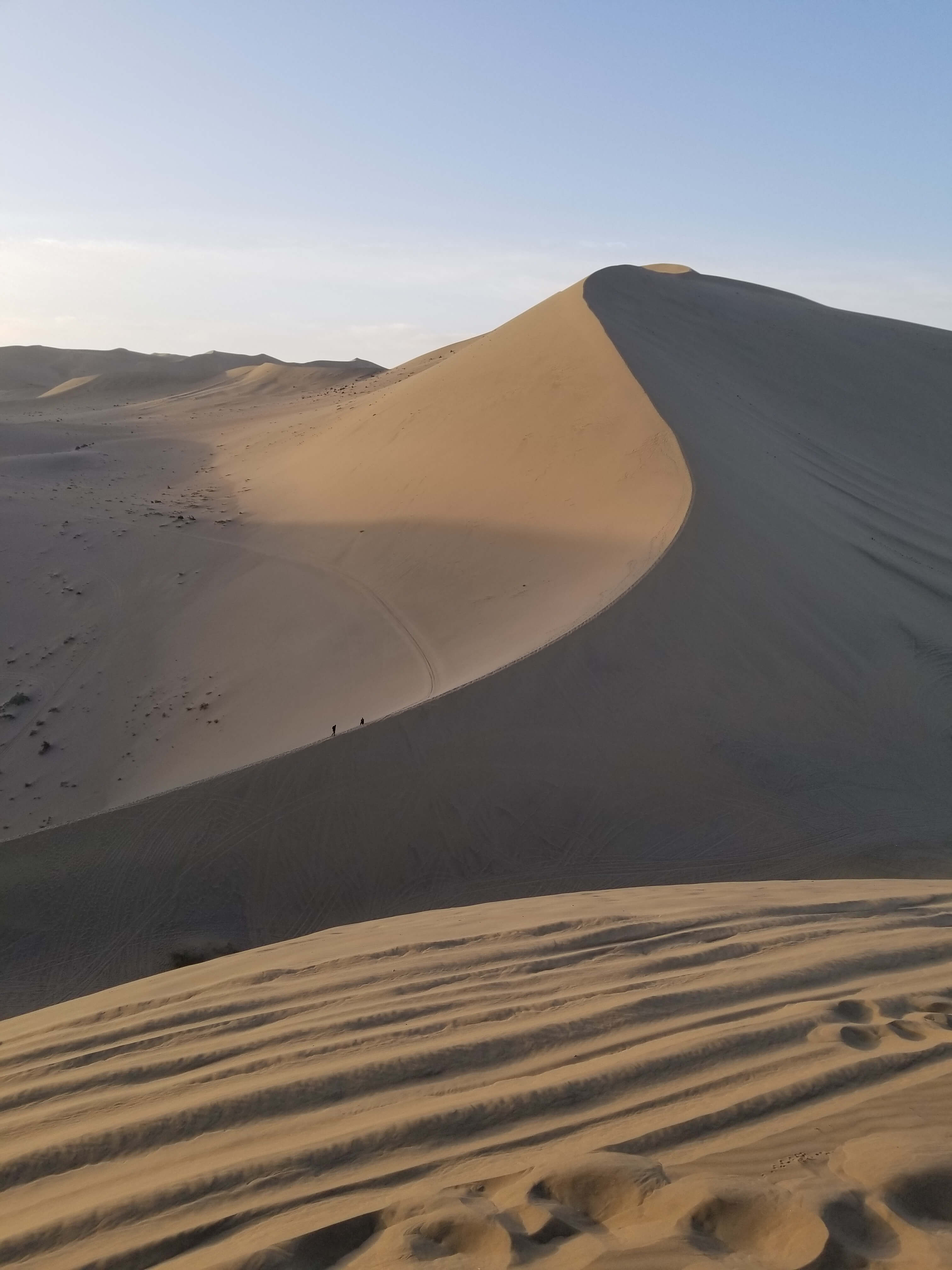 Today, Dunhuang lies near where the western Chinese provinces of Gansu, Qinghai, and Xinjiang intersect, more than 2300 kilometers (1400+ miles) from Beijing. East of it is the Gobi Desert and south of it is a range of desert sand dunes named Mingsha Mountain.

Mingsha translates roughly to Singing Sands or Echoing Sands, referring to the sounds made by the sand dunes.

While Marco Polo thought the sounds were made by evil spirits, there’s an actual scientific explanation and vast amounts of research on the phenomenon of singing sands. (Here’s a good explainer from National Geographic.)

Unfortunately, at Mingsha Mountain, the noise created by the stampedes of visitors makes it a little hard to truly hear its singing. But don’t let that deter you from visiting. It’s still full of wonders.

One of the best views and most popular times to arrive is for the sunrise (the other being before sunset).

Come early as it’s a bit of a walk beyond the entrance before you reach the dunes, which you have to climb up to get a solid view. (There are ladders laid in the sand to help make it easier.)

Don’t despair though if you arrive and the ticket checkers at the gate say you’re too late to catch the sunrise. That’s what the guy told me, that I’ll never get up the dunes in time. 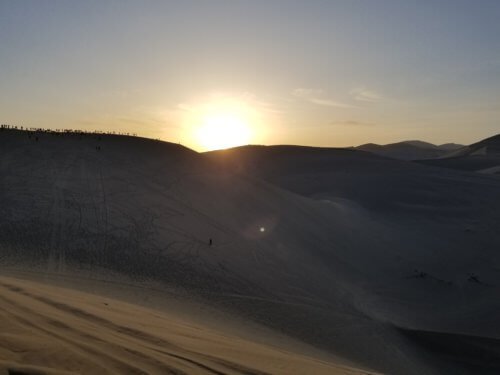 The top of the dunes also offer the best views for the other main character here: Crescent Oasis. It’s everything you’d imagine an oasis to be, plus classical Chinese architecture. 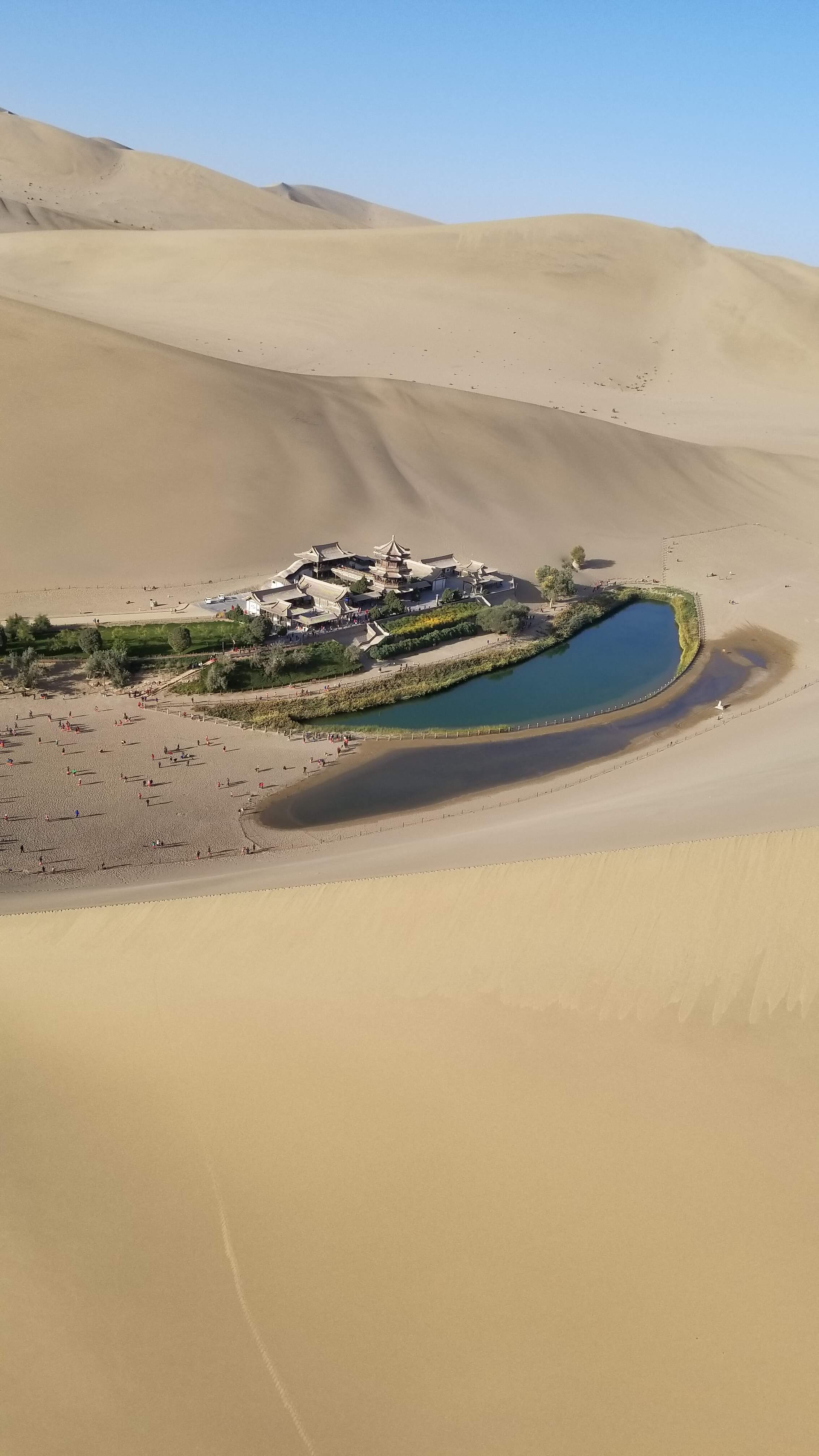 Crescent Oasis is itself also a phenomenon that scientists have yet to completely understand.

The crescent shape is completely natural, and despite being surrounded by sand, the oasis seems to almost have an invincibility dome around it, protecting it from being smothered by the sands. While visitors can walk around the oasis and the buildings by it, the most awe-inspiring vantage point is undoubtedly from above, so make sure to climb the dunes closest to it.

For those wanting a little more from the experience and able to spend more than the ¥120 ticket during peak season, there are options to ride a camel as part of a caravan, get a thrill on an ATV, and enjoy an aerial view via glider or helicopter. 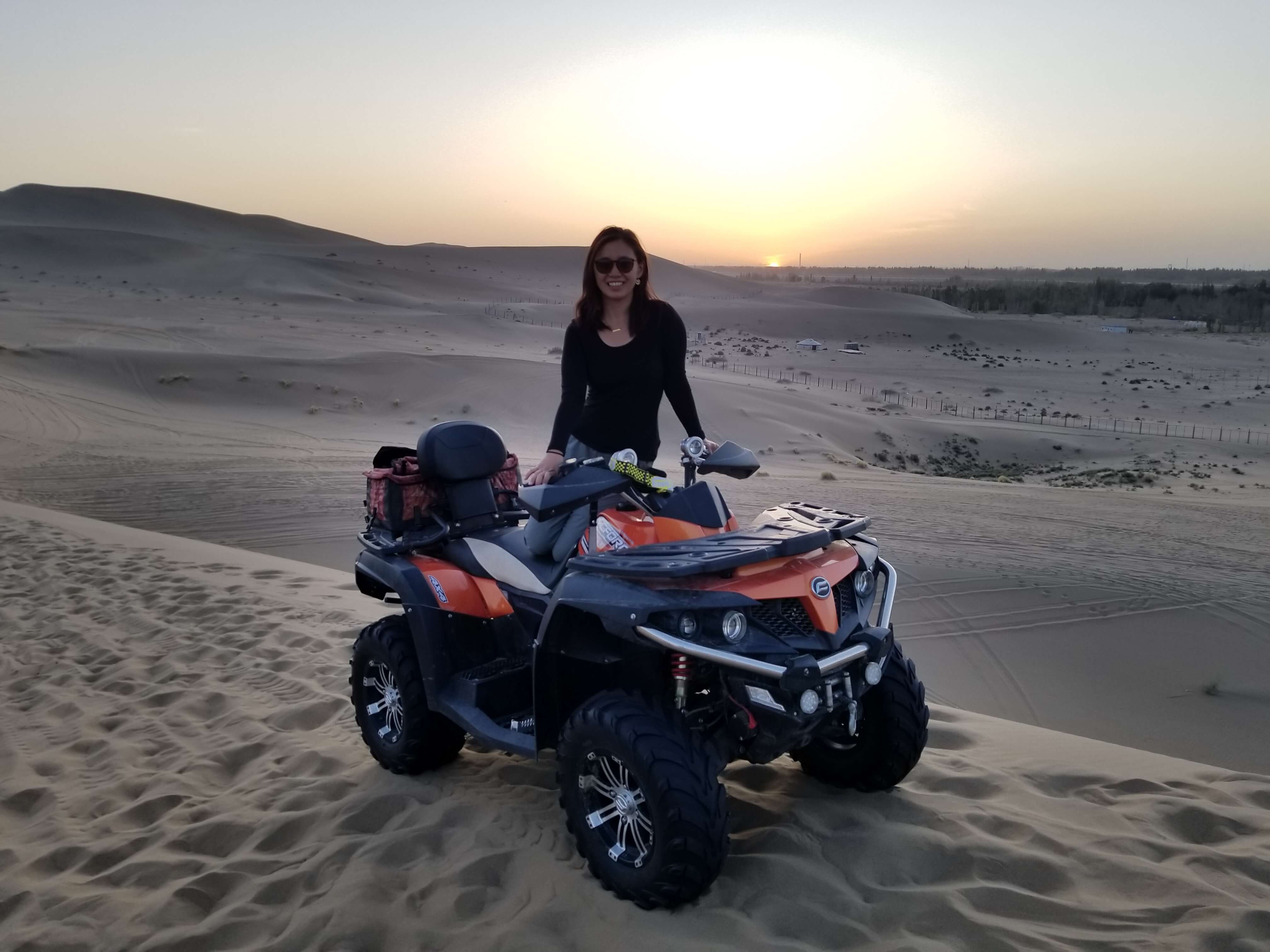 Dunhuang is truly a treasure of western China, and Mingsha Mountain and Crescent Oasis are absolutely must-see places when you’re there.

But if you can’t make it anytime soon, here’s the video from my glider ride to sustain you for now. Enjoy! 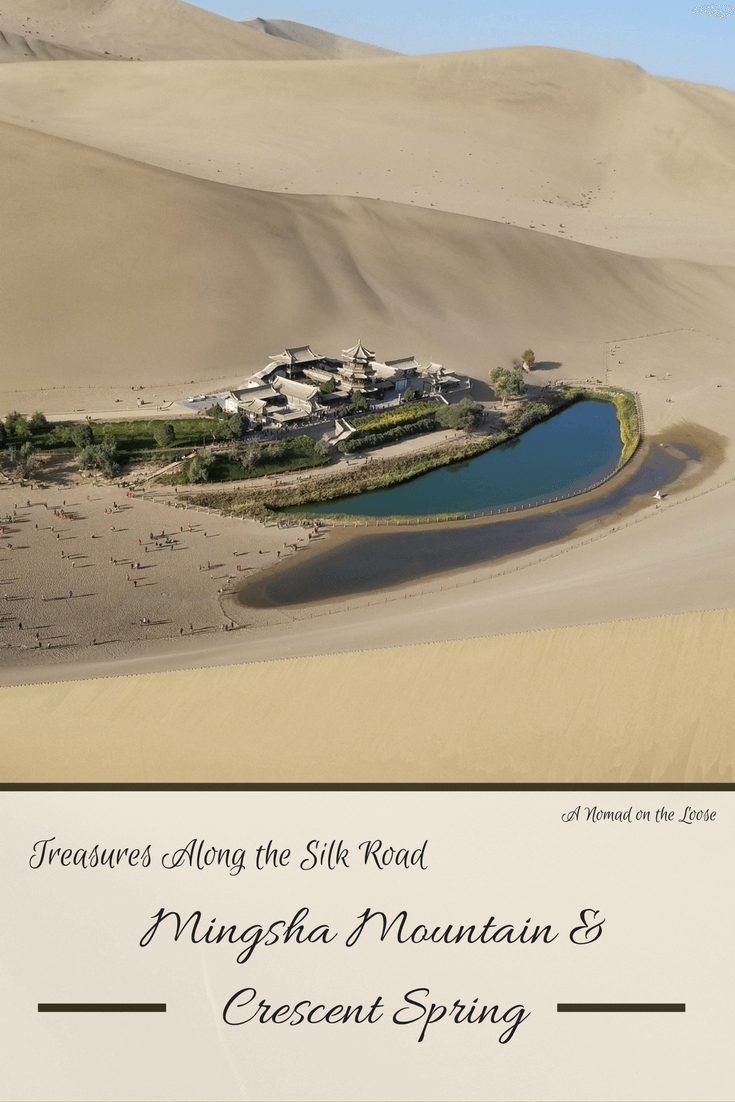 5 thoughts on “Treasures Along the Silk Road: Mingsha Mountain and Crescent Oasis ”