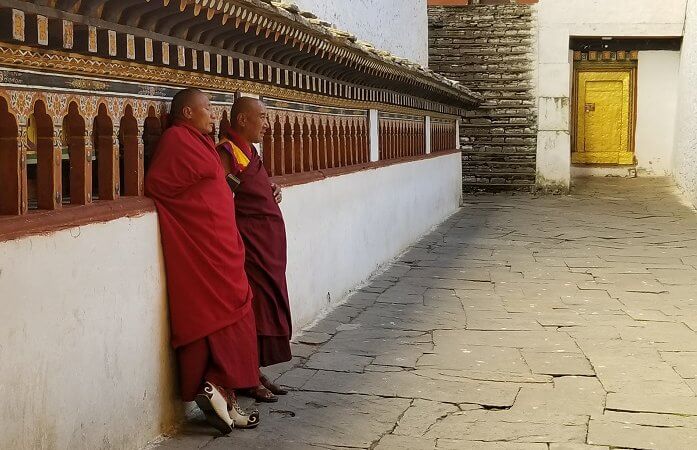 Now that you know all about how to visit Bhutan, here are 10 surprising things you probably didn’t know about this Himalayan kingdom. Load up on these Bhutan facts before you go! (Warning: there are some NSFW photos below.)

1. The name Bhutan is a transcription

The Bhutanese call their own country “Druk yul,” meaning “Land of the Thunder Dragon.”

The English name “Bhutan” and similar European names such as “Bhoutan” and “Bután” are believed to be a transcription of the Sanskrit term “Bhoṭa-anta (भोट-अत).” “Bhoṭa-anta” means “end of Tibet,” a reference to Bhutan’s northern neighbor.

2. The Bhutanese don’t have last names

Most Bhutanese people have two names, but unlike most cultures, the Bhutanese do not have family names (save for the royal lineage).

Most Bhutanese names are also unisex, and names are often conferred on babies in temples rather than picked by parents.

3. They focus on being happy

Instead of Gross National Product, Bhutan is known for its emphasis on what is called Gross National Happiness. The concept emphasizes sustainable development that covers both economic and non-economic aspects of well-being.

4. You can go from tropical to subarctic in one country

The country, while small in size, has very diverse climates.

The northern swatch near Tibet/China is more typical of harsh Himalayan weather and the southern swatch that borders India is tropical. The middle of the country, however, has a temperate and pleasant climate. The center is also where most people visit (and where the bulk of the Bhutanese population lives).

Its constitution mandates that at least 60 percent of the country is under forest cover. When we visited in December 2017, this was at 72 percent.

Bhutan is the world’s only carbon-negative country. Thanks to its climate diversity and conservation efforts, Bhutan is home to some of the world’s most endangered animals as well as more than 5,000 species of plants.

6. The environment is also its moneymaker

The environment also provides two of Bhutan’s largest revenue sources: hydroelectricity exports and eco-tourism. The tiny country, which is similar in size to Switzerland, provides water for one-fifth of the world’s population.

7. They’re Tibetan Buddhists, but they don’t follow the Dalai Lama

What we typically think of as Tibetan Buddhism (i.e. Dalai Lama and Panchen Lama) is the Gelug school. Instead of the Dalai Lama, the most important monastic leader in Bhutan is known as the Je Khenpo.

8. This is where you hide your screen if you’re at work (NSFW)

Given this religious devotion, it might surprise some visitors that there are huge phallic symbols painted on buildings throughout Bhutan and especially in more rural areas.

These phalluses are believed to bring good luck, drive away evil spirits, and grant fertility. (Near the fertility temple in Punakha, it’s almost impossible to find a building that doesn’t have a phallic symbol painted on it. See photos for evidence.)

9. Bhutan has a lot of queens

Bhutan’s Queen Jetsun Pema, wife of the current king Jigme Khesar Namgyel Wangchuck, is the world’s youngest queen. The King Father, who abdicated in his son’s favor in 2006 and is still alive, has four wives.

Bonus: the Bhutanese are humorous in promoting road safety. If you take a road trip through Bhutan, you’re likely to see quips like these on signage along roads in the Paro valley.

Pin it to share your new knowledge about Bhutan! 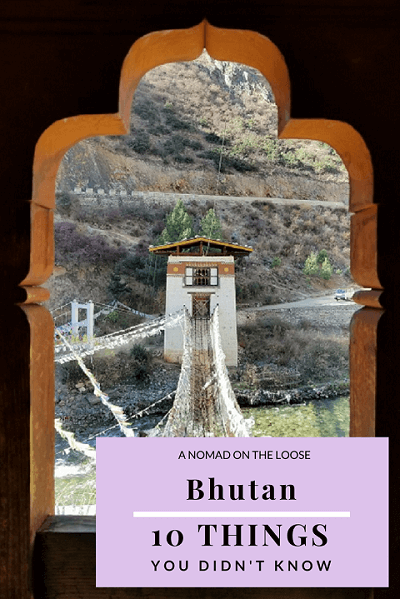 11 thoughts on “10 Things You Didn’t Know About Bhutan”