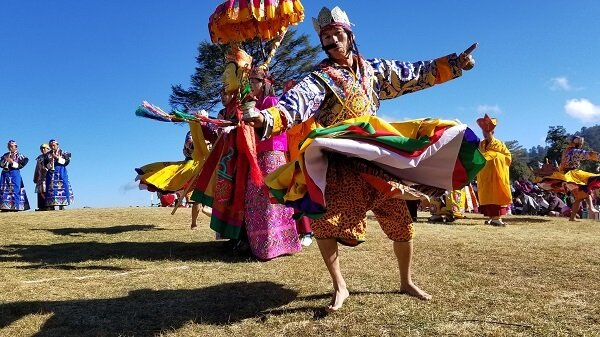 I was a few rows behind in the crowd, but because I’m tall enough, I smiled real big and caught her attention. She looked me in the eye and smiled. Pleased to meet you, I said, not knowing how to properly address her. She extended her hand and I accepted. Pleased to meet you, too, she replied. It was the beginning of the 2017 Dochula Druk Wangyel festival, and I had just met the eldest Queen Mother of Bhutan.

We had planned our trip to Bhutan with the goal of attending a festival. Originally we had eyed one on December 3 in northern central district of Bumthang, but to accommodate that festival, we would have had to spend more days in Bhutan than we could afford. So with the flexibility of funemployment, we shifted our travel dates a bit and found time to incorporate the Dochula Druk Wangyel festival on December 13.

Her Majesty the Queen Mother Dorji Wangmo started the Dochula Druk Wangyel festival in 2011 to celebrate His Majesty the King Father Jigme Singye Wangchuck’s victory over Indian insurgent forces in 2003. The incident is also remembered in the 108 memorial chortens Her Majesty commissioned near the festival grounds. They honor the 108 soldiers killed during the 2003 battles.

Held at the Dochula Pass at 3,100 meters (10,171 feet), the festival is truly a technicolor Himalayan dream. With the immense amount of colors, sounds foreign to my ears, and the stunning backdrop of the Himalayas on a crisp, clear day, our time at the festival was a serious case of sensory overload.

There were masked performers and victory dances. There was the levitation master, and there was the dickhead — a jester-like character who was literally wearing a penis on his head (see this to understand why). And there were dancers jumping and swirling around so powerfully yet elegantly that they reminded me of the whirling dervishes I hope to see one day.

Unlike many other festivals in Bhutan that change dates year-to-year, the Dochula Druk Wangyel festival is always on December 13. Located on the road from Thimpu to Punakha, the festival is incredibly accessible as you can sit on the grass right next to the performers. (There are also foldable chairs set up on the grass, first-come, first-serve.) While the festival was quite crowded in the late morning, it really cleared out post-lunch. And honestly, even “crowded” in Bhutan is less so than rush hour in the world’s major cities, and the people are way more polite and friendly.

At the end of the day, the Queen Mother and other VIPs gathered in the middle of the festival grounds for a final dance. I couldn’t just stand there even if I wanted to, as eventually I was led into the circle to join in and learn a Bhutanese dance.

Slowly, those who were left dispersed and made our way out of the festival grounds and back into the parking lot. Slowly, we left this bubble of enchantment and back into a normal afternoon. But even writing about this experience more than four months after the fact, I can’t help but feel myself transported back to that magical day.

If you’re looking to visit Bhutan, don’t let yourself miss one of these bewitching experiences. In the meantime, here are a few more photos from the 2017 Dochula Druk Wangyel festival. 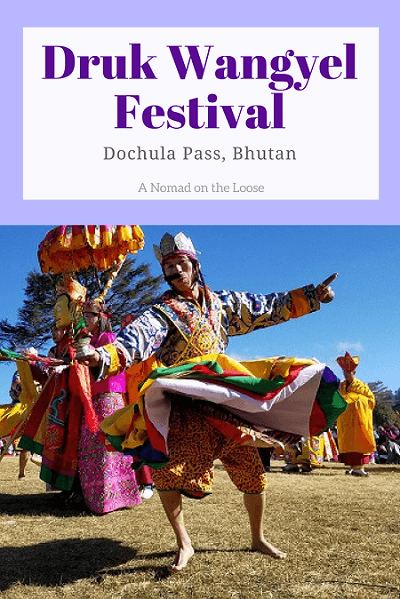