Maybe it was the show Portlandia for you, perhaps it’s all the craft breweries in town, or possibly even its famous donut shops. Whatever your reason for heading up to the Pacific Northwest city of Portland, you’re bound to have a good time. Here’s an itinerary for 3 days in Portland, heavy on the beer, donuts, and quirky Portland favorites.

Perfect for a long weekend! 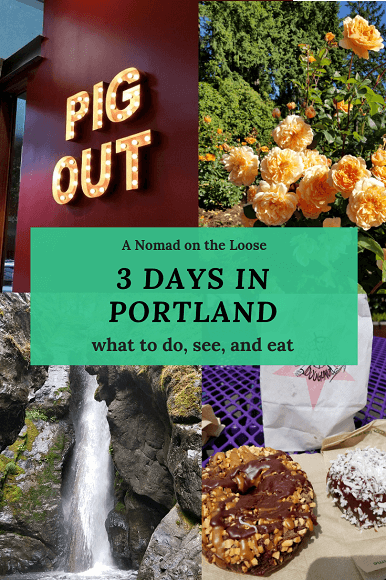 Day 1 Morning: Portland history with a side of donuts

Get into town the night before, or if you’re coming from close by, hop on an early morning flight so you’re in Portland by breakfast.

Start by exploring downtown Portland, with breakfast at Blue Star Donut. One of the many delicious options in this donut-filled city, Blue Star is a small, higher-end donut chain. 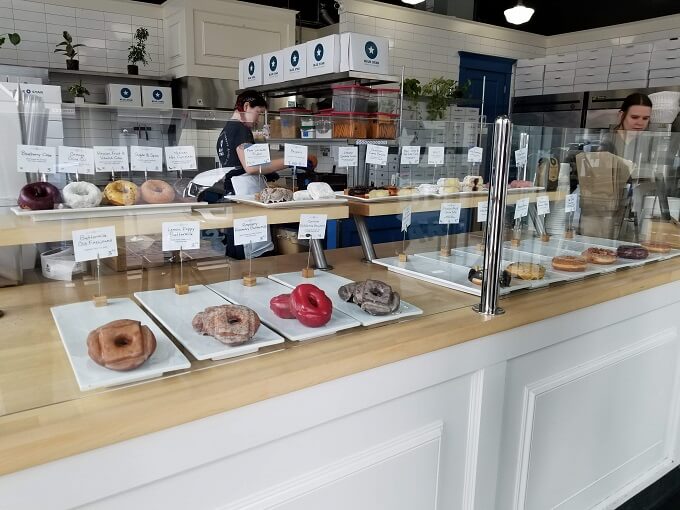 Having eaten multiple donuts there during my Portland trip and having brought home yet another box, I have some personal favorites:

All of those are regulars on the menu, which I suppose makes sense because they’re so damn good. Blue Star Donut has seasonal flavors, too, though I wasn’t as big of a fan of the ones I tried.

Next, check out the famous Powell’s City of Books, known as one of the largest independent bookstores in the world.

It’s certainly a book lover’s dream, with floors and floors of books on every topic, including sections on ethnic studies, Asian Americans, and Middle Eastern Americans. (Let’s be serious, the ethnic sections in bookstores usually don’t even exist.) There’s even a really cool rare books and prints floor.

I made off with a new read called Why Did the Chicken Cross the World? And yes, I totally picked it by the title. (It’s a fascinating book, would recommend!)

I could have stayed inside Powell’s City of Books for hours, but alas, I wanted to explore other parts of Portland as well.

A great — and free! — introduction comes in the form of the Secrets of Portlandia walking tour. It meets every day at 11 a.m. in Pioneer Square. Your guide, Erik, will be wearing a neon green shirt. (Fun fact: Erik also started the free walking tour that I took in Granada, Spain.)

The tour is fairly light on the walking but provides tons of great information about Portland’s history and its particularities. Two of my favorites are the Benson bubblers (water fountains) that you can drink out of and the world’s smallest park.

That tour lasts 2-2.5 hours and ends at the (in)famous(?) Voodoo Doughnut. And I know, I know, you’ve already done donuts once today, but Voodoo Doughnut is not only too famous to pass up, it’s also a different style than Blue Star.

Voodoo Doughnut is more of the traditional donut shop type of treat, but with a ridiculously crazy variety of toppings, fillings, and glazes. Chocolate coconut devil’s food cake donut, ring donut with chocolate, caramel, and peanuts, filled donuts shaped like a voodoo doll.

Yep, it’s a sugar high through and through, and I’m a much bigger fan of Blue Star, but you sort of have to try at least one Voodoo Doughnut. (P.S. They’ve gotten in trouble in the past for making Pepto-Bismol donuts, NyQuil donuts, and the like, so these days, it’s way tamer!)

You can, of course, swing by later during your trip to try them out. They are, after all, open 24/7.

Then bike all those calories off with this DIY Portland street art crawl. (There’s a map in there for you to follow, and of course, you can walk instead of bike.) 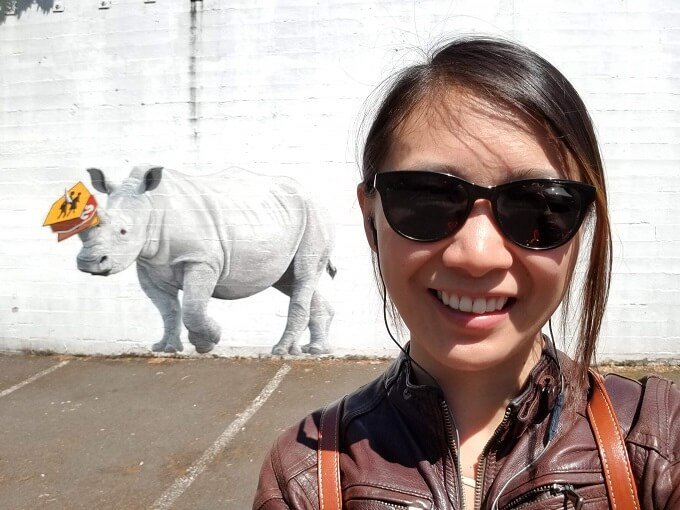 A good spot to stop for a bite during that street art crawl is Cartopia, a food truck garden of sorts in Southeast Portland with a variety of options. Nearby you’ll also find the Lucky Lab Brewery, should you fancy a pre-happy hour brew.

If not, head to happy hour at 10 Barrel Brewing (or one of the endless breweries in town). For dinner, continue the day’s food truck theme and head to the Alder Food Carts, one of the city’s biggest and most popular food truck parks.

For your second day in Portland, get out of town and explore the outdoors that Oregon is so well known for.

But before you go, fuel up on a hearty meal at EastBurn Public House, where they have brunch every single day!

Multnomah Falls is the most famous spot in the Columbia River Gorge area, but Portland is just a drive away from a number of state parts both in the state and across the borders to Washington. So pick your own adventure and hike away.

Love the outdoors and got more time to spend in the state? Check out some of these gorgeous spots on a road trip through Oregon.

For a post-hike snack, head to The Zipper food complex, a trendy, warehouse-turned-food court in Northeast Portland that has swings and outside seating.

After you wash up and rest up, it’s time to head to happy hour again. I mean, how else are you going to try all the great brews in Portland? For your second day, consider Bridgeport Brewing or one of Rogue’s three locations in town.

And then treat yourself to a nice dinner after an active day outdoors. Consider Mediterranean Exploration, Tusk, Canard, and AVIV.

For your last day in Portland, take it at a slow and relaxing pace.

Start off by getting coffee at a local favorite: Spella. The cafe is tiny, so don’t be expecting to chill in there.

Instead, get your coffee and walk around the corner for a classy brunch at Mother’s Bistro, a gorgeous place that reminds me of the old-school dining rooms in Chicago and New York.

Then walk down the waterfront trail to the city’s aerial tram. The $4.90 roundtrip fare may seem extra for a tram that really doesn’t take you anywhere useful — until you get up to the top. Because on a clear day, the views of the Mount St. Helens and Mount Hood are more than worth it.

Next, check out Chinatown’s cultural attractions or NW 23rd Avenue’s shopping district, whichever is more up your alley.

Then swing back toward downtown and grab a drink at Deschutes Brewery and a bite at Lardo, the famous sandwich shop with an emphasis on pork.

And for your last stop before heading to the airport to go home, take a stroll through the International Rose Test Garden. After all, Portland is the City of Roses.

What are your favorite things to do in Portland? Pin it to share it!

2 thoughts on “3 Days in Portland: the Perfect Long Weekend Itinerary”