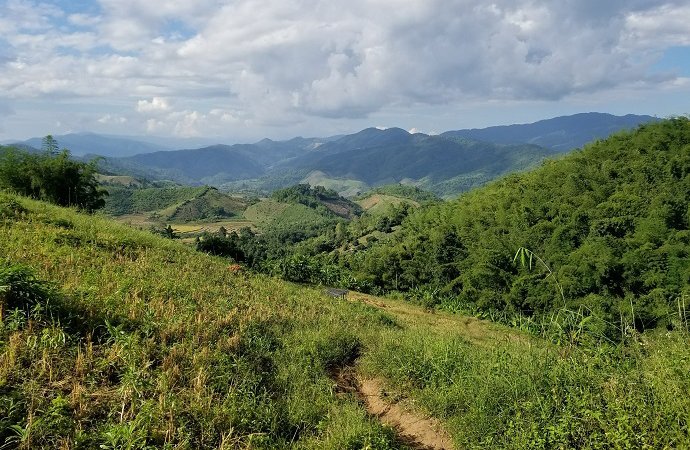 I’ve always wanted to go to Chiang Rai, but it wasn’t until I got there that I realized just how sad it was that I hadn’t been there before. I absolutely fell in love with Chiang Rai. So many people go to Chiang Rai as a day trip from Chiang Mai or as a stopover on their way to Laos, but it’s worth spending more time there. Here are my picks for the best things to do in Chiang Rai.

The White Temple of Chiang Rai

You can’t visit Chiang Rai without visiting its most famous attraction, the White Temple, or Wat Rong Khun. Despite its name, it’s not a true temple but an art installation, an act of devotion from Thai artist Chalermchai Kositpipat.

I won’t go into too much detail here, as you can learn more about both the White Temple and the Black House (below) in this post. But one pro tip: go near the end of the day and stick around to watch the sun set behind the White Temple, serene and free of visitors. 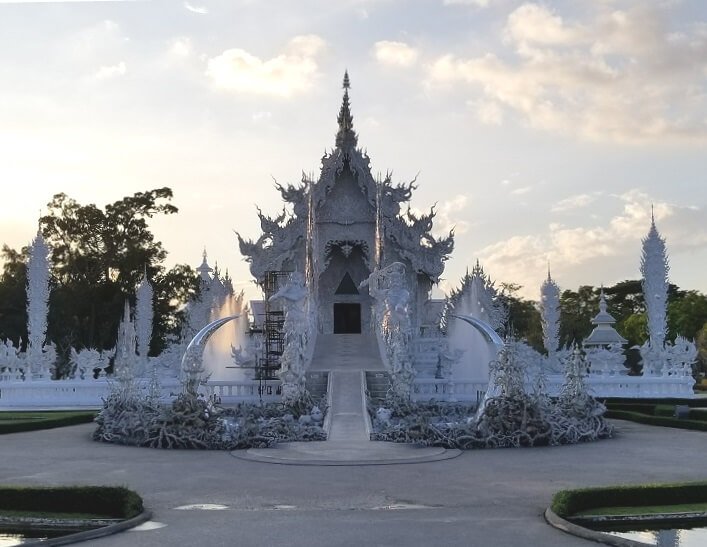 Baan Dam, or the Black House

Eccentric in a different way, Baan Dam is a triumph of modern art. How much time you spend here will depend on your interests and how eccentric you like your art. Well, I guess what I’m saying is, it really depends on how eccentric you are. Because the artist and his work certainly both are. 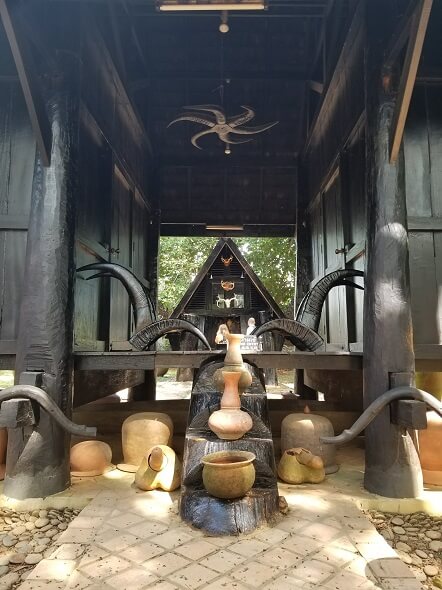 Did you think things are just black and white in Chiang Rai? There’s blue, too!

While not as famous as the White Temple or Black House, the Blue Temple is an absolutely gorgeous and very much Buddhist temple that stands out among the country’s thousands of temples. I’ll let these photos speak for themselves.

There’s no cost to visit the Blue Temple, though like at all temples, you must be dressed appropriately with shoulders, midriffs, and (upper) legs covered. 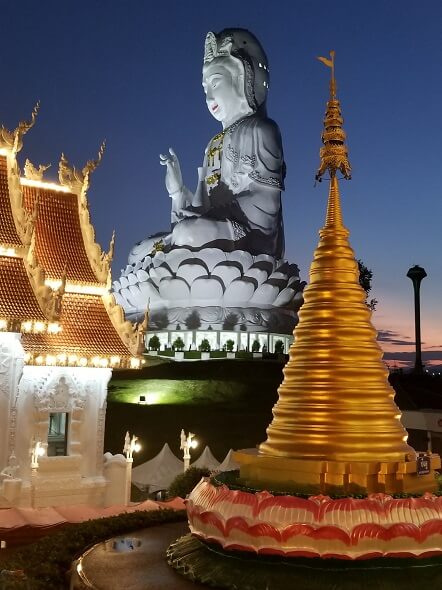 Next to the goddess of Mercy is a white temple in traditional Thai style, and next to that, a nine-tiered pagoda. And yes, you can climb all nine tiers until you get to the very top. 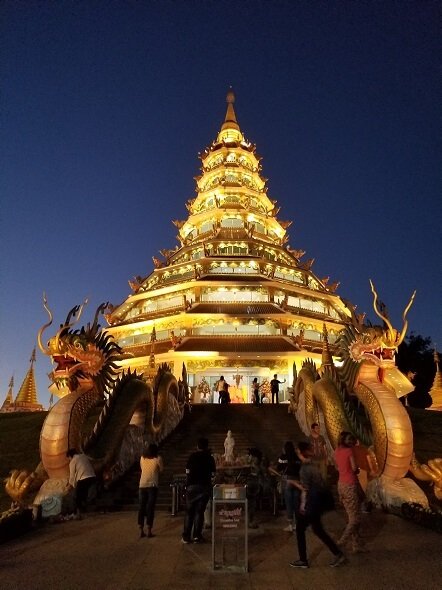 The complex is approximately a 7-kilometer, 15-minute drive from Chiang Rai city center. Nighttime is a fantastic time to visit Wat Huai Pla Kung as all three structures are even more beautiful when lit up. You can also get an incredible nighttime view of Chiang Rai from the windows of the pagoda’s higher levels.

Of course, Chiang Rai has traditional-style temples as well. While not as many and perhaps not as awe-inspiring as Chiang Mai’s best temples, Chiang Rai does have its traditional gems.

One of those is Wat Klang Wiang, an ornate Lanna-style temple smack dab in the center of the city. The temple was mostly destroyed at one point and rebuilt, so explore a bit and see if you can figure out what’s newer and what’s from the 15th century. 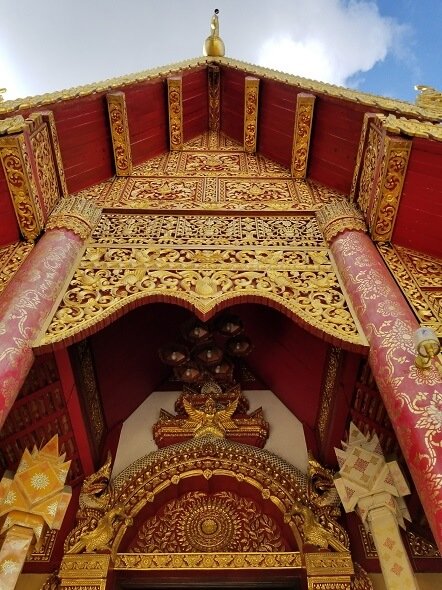 If it’s Thailand, it’s got temples. But of course, there are plenty of outdoors activities in Chiang Rai as well. That shouldn’t be surprising considering much of northern Thailand is filled with forests.

One fun trip approximately a 40-minute drive outside of Chiang Rai is to Lam Nam Kok National Park. Its lush surroundings, bamboo groves, and powerful waterfalls make it a natural wonderland that I could spend days in (though hopefully on purpose and not because I got lost). 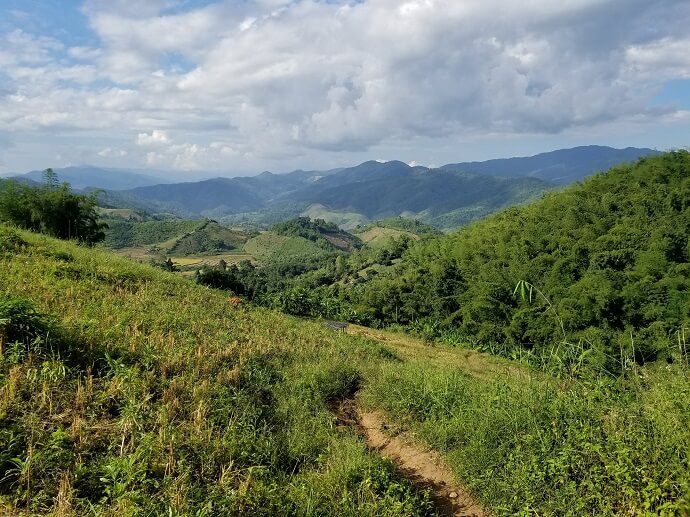 The park is actually an aggregate of several forest parks, one of which houses the popular Khun Korn waterfall. Roughly 70 meters (230 feet) tall, the waterfall can be quite the sprayer on windy days. We got completely soaked as we approached the waterfall even though we were at least 100-150 feet away at all times. 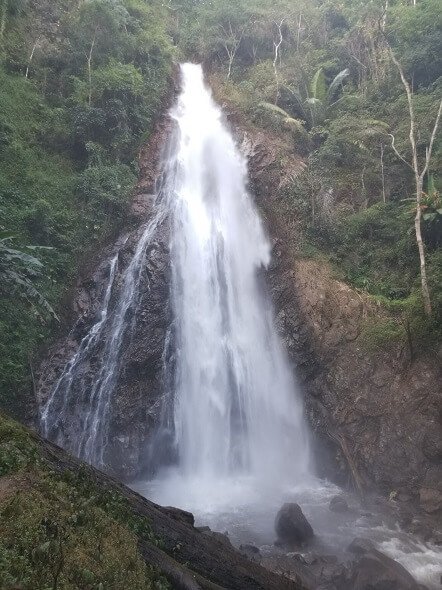 Lam Nam Kok National Park is also home to hot springs, so after a day of hiking and exploring, you can enjoy a soak in the area’s natural hot springs.

Lisu, Akha, and Lahu are just a few of the hill tribes that live in the Chiang Rai area. Head out of the city proper and visit some of these villages. I would highly suggest going with a guide, especially someone from one of these tribes, so they can provide context and history about how the various ethnic groups ended up in the region and what their past and current socioeconomic experiences are like. 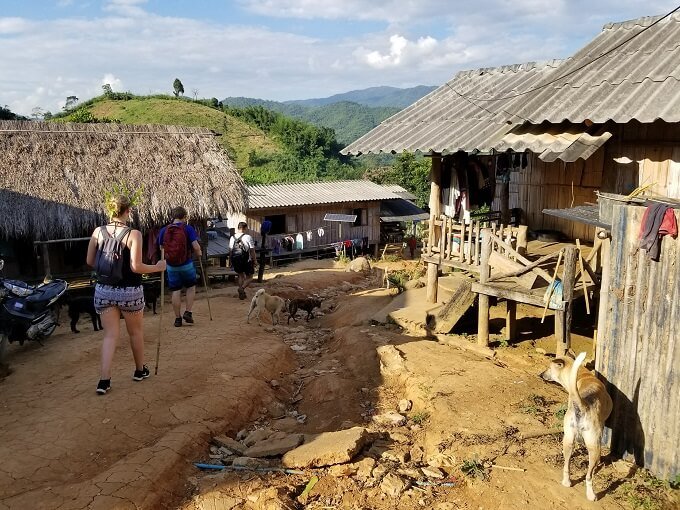 When I was in Chiang Rai, I gathered up a group of other solo travelers and booked a day trip with Coconut Tours. The trip included visits to the villages, exploration of tea plantations, trekking through Lam Nam Kok National Park, and a visit to one of the park’s hot springs. There were three local guides for the six of us, and they were some of the most incredible guides I’ve ever had in any country. They also cooked us a delicious lunch right there in the forest using bamboo cooking methods and surprised us with some special souvenirs at the end of the day. If you’re going to be in the region, I would highly recommend spending a day in the outdoors with these Coconut Tours guys! 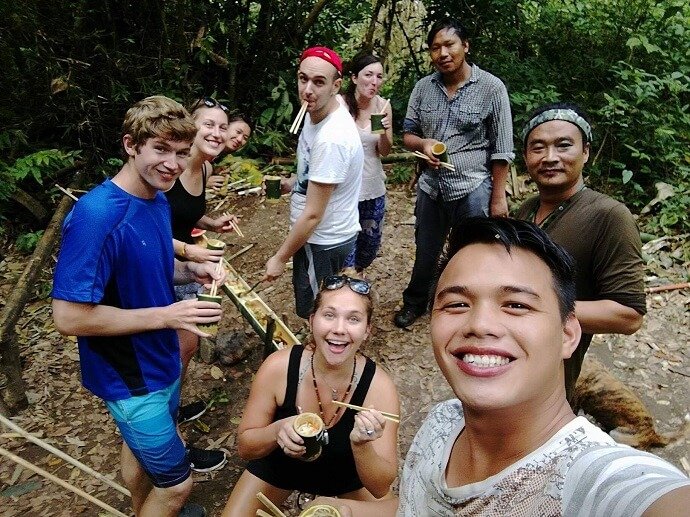 Side note: they also introduced us to khao lam, a sweet sticky rice cooked in bamboo that’s now my favorite Thai dessert. Local moonshine may also have been consumed 😉

Before you visit the hill tribes, however, head over to the PDA Hilltribe Museum. One of the most interesting museums in Chiang Rai, the Hilltribe Museum is worth the 50 baht admission and an hour of your time to learn about various hill tribe traditions and histories.

On your way out, make sure to take a few minutes to read the various articles and lists posted on the two boards across from the Tour Counter Sales desk. I’m not sure why they’re there or how they related to the hill tribes, but the humor on those printed pages is great!

If all this exploring gets you hungry, head to the city’s Night Bazaar. There are some restaurants near one of the bazaar entrances, and those we call the rich adults’ tables. The real good stuff is tucked away in the back where locals and tourists alike pick their fare and chow down at the tables in the center. You can find a range of Thai foods as well as a few international options. Both the more expensive restaurants and the food-court style area have a stage with nightly performances.

As with all night bazaars in Thailand, food and shopping go hand-in-hand. While much smaller than Chiang Mai’s many bazaars, Chiang Rai’s selection reflected its closer proximity to the various hill tribes. You can see their influence in many of the clothes and handicrafts.

Have I convinced you to visit Chiang Rai for more than just one day? Pin it to share it! 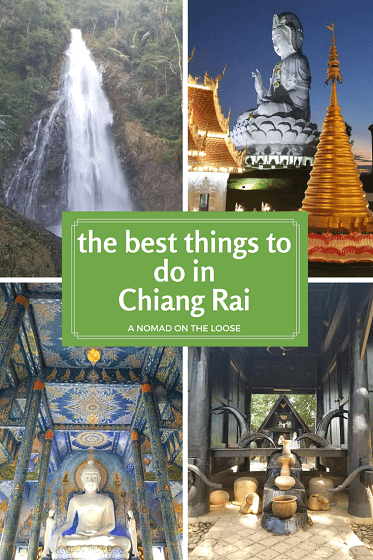 6 thoughts on “The Best Things to Do in Chiang Rai: Why It’s Worth More than a Day Trip”