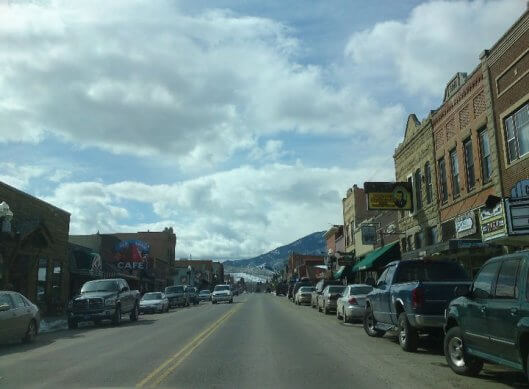 
Despite growing up only in large cities, I’ve always been fascinated with small towns. Small town America, in particular, is a very interesting concept to me. Although the majority of our country’s population lives in urban areas, the expansive rural areas dominate in land ownership.

But as globalization continues, I’m sometimes worried about the death of rural America. I’ve seen one too many a ghost town with run-down structures and closed businesses.

I will be the first to say that I love multicultural cities, places where ideas, lines of thought, and beliefs of all types can freely flow. But small town America does embody a certain something makes one nostalgic of bygone days. And it is beyond simply sentiment. Research shows that death of small town America means increased crime in those areas, lower educational attainment, higher rate of exodus to bigger cities. In other words, we end up with a “new immigration” of rural Americans fighting (along with unskilled labor already in the cities) for a limited number of unskilled jobs in big cities.

Over the past two years or so, I’ve had the opportunity to live in several small cities surrounded by small towns. What I’ve found is that many industry-based small towns are indeed dying, but agriculture- and tourism-based ones are flourishing.

Nowadays living in Nebraska….well, let’s just say Nebraska really is a state with lots and lots of small towns (the population 300 type). Having been to many of them either on my own time or for a story, I’ve really learned just how much pride residents of small towns have in their communities. It’s not a New York or Hollywood dream for everyone. Some just want a place where they know all their neighbors.

I was lucky to have the opportunity recently to explore one crucial part of small towns: rural schools. I learned that they’re far from the Little House on the Prairie portrayal, that some students choose to attend rural schools over ones in larger towns, and that many communities will fight until their last breathe to preserve their local schools. I explored the topic of rural school consolidation through a case study of McCool Junction, Nebraska, population 409. I met people passionate about their small town, their community, and their school. A light of hope for small town America.

I’ll be previewing the special report at 5:30 today, and the two-part series will air tonight and Tuesday night at 9 CT. Even if you don’t live in Nebraska, you can catch it online!

I don’t think five years ago I could have told you just how the widening gap between those in rural America and those in big cities would have played into today’s political environment and, well, America today. I know some of the folks I met in these small towns across the Midwest and mountain west are open-minded and accepting, but I would be lying if I said that was true of everyone I met. I can only hope that we can bridge the gap by all taking a step forward and extending a welcome hand before it’s too late for all of us.