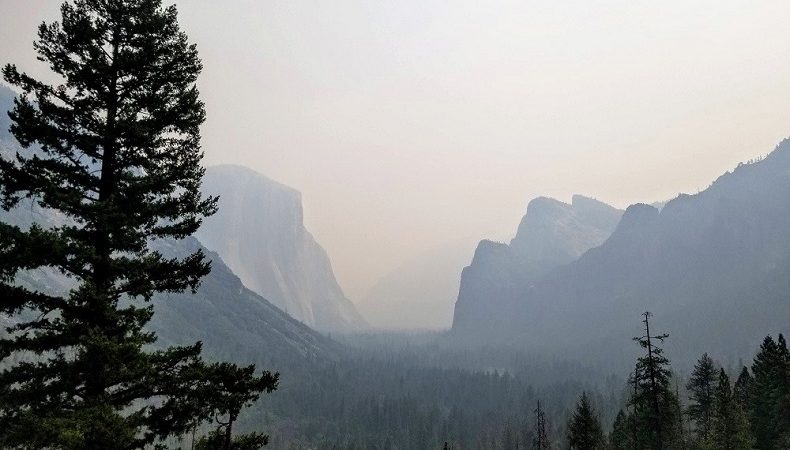 Yosemite National Park is one of the United States’ most well-known national parks, and certainly the most iconic in California. There are so many things to do in Yosemite, one or two trips is not enough.

I’d visited Yosemite before as a youngster, but it was my partner’s first time when we visited this summer. As such, I wanted to make sure we hit the must-sees.

One more thing: Don’t forget to check the National Park Service’s official Yosemite site before you go. COVID restrictions are ever-changing, so you’ll want to make sure you have the latest updates.

Where to stay in Yosemite

First off, where to stay. While Yosemite is huge, its lodging options are somewhat limited.

Your options fall into a few categories:

If you want to stay inside Yosemite, you’ll need to plan your trip months in advance. Hotels and cabins can be hard to get, but perhaps the hardest is a Yosemite camping reservation.

Campground reservations open up five months in advance at 7 a.m. Pacific on the 15th of each month. Get your Recreation.gov account set up and ready to go, and know exactly which campgrounds and dates you want. Have a plan B and C for good measure — sometimes spots are booked within seconds!

If you’re like me and generally don’t plan your trips that far in advance, look for lodging outside of Yosemite instead.

The most important thing is to always map out how far your proposed accommodations are to the places you want to experience. Yosemite is huge, and the distance and driving involved always surprise people!

When we went this summer, we booked a lovely campsite via Airbnb.

The Westlake Campground is one of the best options for camping near Yosemite that we found. It’s a roughly 40-minute drive from Yosemite’s Big Oak Flat entrance. While that may sound long, most options outside the park are at least as far, if not much farther away.

Lastly, if backpacking in the wild open country is more your speed, make sure to follow these steps to get a Yosemite wilderness permit. These also run out faster than you’d imagine!

After getting up and enjoying a lazy breakfast at our campsite, we headed to Yosemite with plans of seeing all the super popular viewpoints on day 1. We’d hoped that doing so on a Thursday would offer fewer crowds than the weekend.

Unfortunately, the Moc Fire started that day in nearby Moccasin, ushering a veil of smoke across Yosemite. It was especially bad during our first morning in the park.

Despite the poor visibility and bad air quality, however, we still had a great time checking out some of Yosemite’s most iconic views. You can see how striking Yosemite’s viewpoints are, even when shrouded by smoke.

Snap a photo at Tunnel View

If you are coming from northern California like we were, you’ll most likely enter Yosemite via the Big Oak Flat Park Entrance or the Arch Rock Entrance.

Our first stop inside the park was at Tunnel View.

This iconic view, made famous by the equally iconic Ansel Adams, is one of the most popular and most photographed spots in Yosemite. And you can why.

The parking lot there isn’t big, but don’t worry if it’s packed. Folks get out, take photos, and leave relatively quickly.

(If you’re coming from SoCal and entering from the South Entrance, consider turning this 3-day itinerary on its head and starting with our day 3 plans instead.)

Then, if you are lucky enough to have a clear day, head over to Glacier Point, one of Yosemite’s most stunning cliffs.

Unfortunately, the smoke was the worst when we got to Glacier Point, so we could only see ~15 feet in front of us. Yep, it was that bad.

There are a few good hikes around Glacier Point, but it’s easy to drive up to that, so I’d suggest driving to see Glacier Point and hiking elsewhere instead.

Specifically, I’d suggest going down the road and spending an hour or two hiking to Taft Point and Sentinel, two other prominent Yosemite hotspots.

There isn’t a lot of parking available here, so I’d highly recommend coming early in the day or during the week. After you park, you can either go left to Taft Point or right to Sentinel Dome.

If you have the time, I’d definitely recommend hiking the entire circuit. You can do an out-and-back to Taft Point and then an out-and-back to Sentinel Dome, but we thought the less-trekked Pohono Trail connecting the two was more peaceful and beautiful.

If you’re limited on hiking time and can only visit one of these, my preference is Sentinel Dome.

Taft Point is perennially more popular, especially on Instagram and with wedding photographers, because it offers a striking view. But Sentinel Dome offers 360 panoramic views of Yosemite that can’t be beaten.

It is also possible to hike from Glacier Point to Sentinel Dome and then down to Taft Point if you’d like. Just keep in mind that you’ll need to hike back to your car after!

Before you wrap up day 1 in Yosemite, make sure to take in El Capitan from the meadows below it.

Made famous by the thrill-seeking rock climbers that have graced its face (and more recently featured in the spine-chilling Free Solo), El Capitan is one of the famous granite monoliths in the world.

I have no inclination to ever climb it, but it’s still a sight to see. If you go during the golden hour right before sunset, it’s especially stunning!

I’m fairly sure we saw someone trying to climb it while we were there, but my partner insists it was a shadow. Oh well.

Day 2: Hike past the crowds to stunning waterfalls

With many of the Ansel Adams<>Instagram hotspots visited on our first day, we wanted to take some time for a longer hike on our second day. Whereas day 1 involved a lot of monumental rocks and cliffs, day 2 was themed around waterfalls.

Not surprisingly, Yosemite is home to many gorgeous waterfalls. Depending on the time of year when you visit, however, some may be on the drier side. For example, the eponymous Yosemite Waterfall more or less dries up by late summer.

Beat the crowds to Vernal Falls

When we visited in August, a lot of the falls were dry, so we decided to check out the Vernal Falls and Nevada Falls combo. (You can see what conditions tend to be like at each waterfall here.)

Vernal Falls is super popular, so the earlier you head over, the better. It gets especially crowded at the bridge where you first get a view of the waterfall.

Make sure to not just stop there though. A few more minutes up the hill and you’ll have a much more spectacular view.

Most folks stop at Vernal Falls, but the real gem is further upriver. It’s about another mile, mostly uphill, but it offers the most stunning views.

First, you’ll get to see the serene Emerald Pool and Silver Apron.

But forewarned though, this serenity is a complete illusion. Emerald Pool is home of terrorist squirrels — DO NOT EAT YOUR LUNCH HERE.

These are seriously the most aggressive squirrels I’ve ever encountered. Trying to put together and then eat a turkey avocado sandwich by the Emerald Pool was the most unsettling meal I’ve ever had.

From there, it’s a quick 25-30 min. hike up to Nevada Falls. The top of the falls makes for a much better picnic spot, promise!

When we went, you had to go up the Mist Trail and return via the John Muir Trail, a COVID restriction set up to keep the narrow trails one-way only.

That loop adds roughly another a mile to the hike, but it’s well worth the views (and glute workout!). In my opinion, it’s actually way better than doing an out-and-back.

Day 3: Walk among the giants

On our last full day in Yosemite, we decided to hit the southern end of the park.

I won’t lie, it was a long, long drive. But the southern section of Yosemite offers a different landscape than what you see in Yosemite Valley.

The highlight is the Mariposa Grove of Giant Sequoias.

There are more than 500 mature giant sequoia trees in this grove, each standing so tall, you have no choice but to crane your neck up and stand in awe.

There are a handful of hiking trails around these groves, ranging from those that are less than half a mile to 7-milers. We ended up combining a few different hikes and spent about 2.5 hours around these stunning giants.

Or, hit up other corners of Yosemite

If you’re hitting up Yosemite after visiting Sequoia National Park or vice versa, you can feel free to skip Mariposa Grove. (Hint: the park named after these trees has more stunners.)

Instead, consider taking the day to visit one of the other two less-visited areas of Yosemite: Hetch Hetchy or Tuolumne Meadows and Tioga Road.

Hetch Hetchy, home of the eponymous reservoir that supplies the Bay Area’s drinking water, is in the northwest corner of Yosemite and offers a variety of hikes.

Tuolumne Meadows, which you can reach via the scenic Tioga Road, offers wide-open meadows and multiple lakes.

The former is open year-round, while the latter is only accessible while Tioga Road is open, which is typically May/June through October/November.

Not down for more driving? Go back to Yosemite Valley and spend some time on the valley floor. It’s a great spot for picnicking, cycling, and walking with your four-legged friends.

With so many things to do in Yosemite National Park, you’re sure to find something new and awe-inspiring.

8 thoughts on “A 3-Day Itinerary for Yosemite National Park”