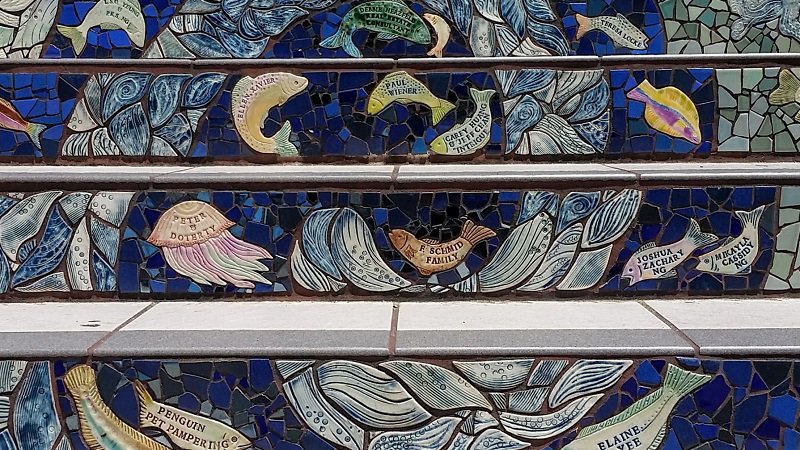 Like many of San Francisco’s residents, my friends and I often head out to various parks and reserves around the Bay Area for weekend hikes. But besides a trek out to Lands End every 18 months or so, I’ve never actually hiked within city limits. So this weekend we decided to head toward the 16th Ave. Tiled Steps, which I had long wanted to go and see, and let the stop lights take us on an unplanned urban hike.

The first hour or so was uneventful as we walked through familiar neighborhoods such as Hayes Valley and Duboce Triangle, stopping to point out favorite spots and feeling like it was just another walk through the city. Buena Vista Park was our first green space, one that I’d run through a few times while living in the area. It was only after we passed through Cole Valley and into the Twin Peaks and Forest Knolls neighborhoods that it started feeling like we were really exploring something new.

We had unknowingly walked into something I’d never heard of before, a place that was less than a mile from where I had lived my first 3 years in San Francisco: the Interior Greenbelt. Situated on Mount Sutro, this park has a dreamy, fairytale-like quality to it. SF Recreation & Parks says its main inhabitant is the blue gum eucalyptus tree, which I shall happily believe since I can’t tell one tree from the next.

I was astonished by this gorgeous forest in the middle of the city, densely wooded and a world of its own. It was more magical than even Stern Grove. There were no trail markers in this urban forest, and it was void of human beings, save for a lone man sitting on a log, smoking a cigarette, near where we entered the park by Belgrave Ave. At times the heavy winds pushed the tall eucalyptus forest to groan in complaint, making an oddly sharp and loud sound that resembles an irritatingly squeaky door.

Interior Greenbelt then led us straight into the Mt. Sutro Open Reserve, an 80-acre forest with trees that are more than 200 feet tall. My second favorite surprise of this city hike was the aptly-named Grandview Park, because damn, it certainly has some magnificent views. It’s a little 4ish-acre mound, and walking around its parameters gives you incredible views from downtown San Francisco to the east and the Golden Gate Bridge in the north to the Pacific Ocean to the west and Lake Merced in the southwest. Take steady steps though, as the wind can be rough and the trail is sand.

Grandview Park is also right next to our destination, the 16th Ave. Tiled Steps. Funnily, I’d thought the steps were fully tiled, so we’d actually started walking down the steps and were wondering exactly where the steps were before we turned around and realized that we were on them! As the Interwebs had promised, these steps were colorful and fun, 163 in all. The mosaics depicted animals and nature, and the steps were surrounded by gorgeous succulents and other lush greenery.

In total, our hike to the steps was roughly 6.5 miles, and of course, since we were already in the Inner Sunset, we had to take advantage of the delicious food. We went down to Noriega St., which is just packed with delicious options. Our late lunch at China North Dumpling and refreshing desserts at Golden Island Cafe made for a nice reward after this urban hike. Because what’s a hike without scrumptious food waiting at the end? 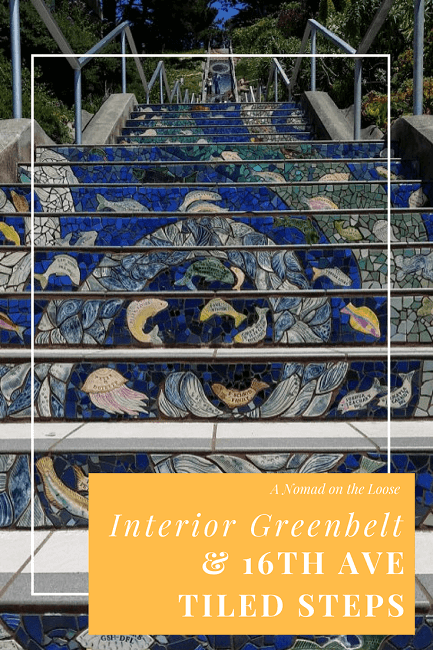