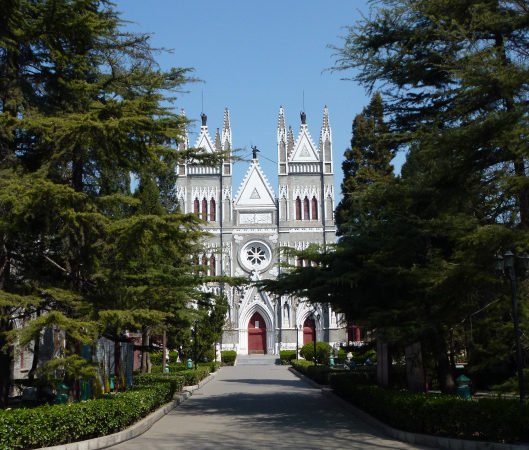 
China, communism, church and capitalism. Quick, which one doesn’t belong? A couple of decades ago, there would have been two answers, but since the seeds of capitalism began to sprout in the past decade, the only misfit that remains is the church.

China is officially an atheist state, and while thousands of years of tradition has made Buddhism an unofficial state religion, Christianity has always had a rough relationship with the People’s Republic of China.

Catholic priests arrived in the country hundreds of years ago, finding different receptions under different emperors. It is the Kangxi Emperor (Qing Dynasty) who provided the land and gave the blessing for the Xishiku Cathedral in Beijing, the largest one of its kind in the city and the seat of the Beijing Cardinal Bishop Office. At first glance it looks every bit a sister of famous Gothic cathedrals such as Notre Dame and the Amiens Cathedral: the peaked arches and the ornate details, the gargoyles and the cloisters. 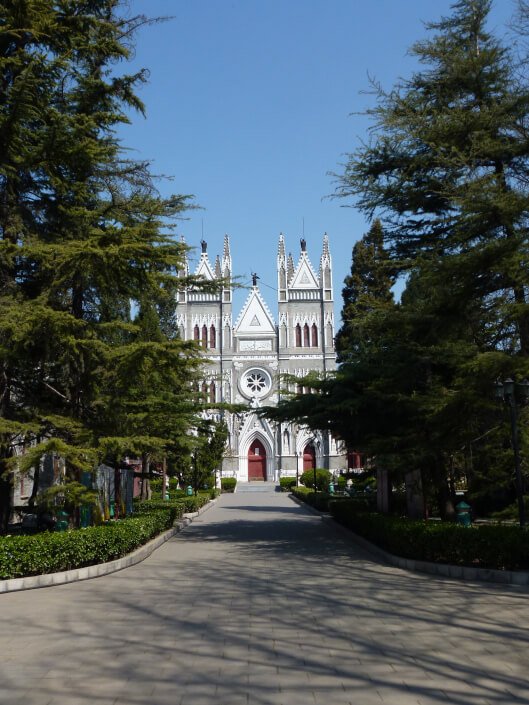 Yet a closer look reveals the Chinese tradition embodied in this structure of history and religion. From the two pagodas flanking it to the red doors of the cathedral, Xishiku is as Chinese as it is Catholic. 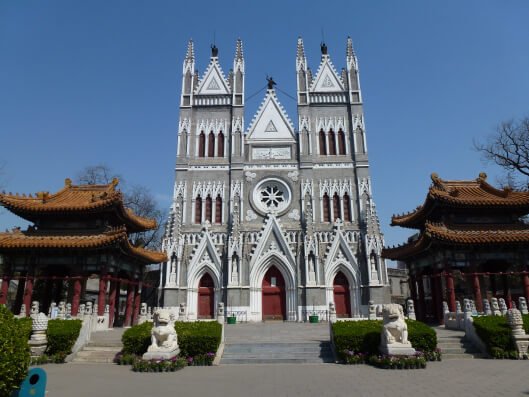 Located in the Xicheng District, it is a serene haven amidst the bustling streets of Beijing. I stopped by while waiting for my host to finish her dental appointment, and in complete oblivion rooted in the haze of international transplantation, I didn’t realize it was Good Friday until the second time we stopped by to grab something my host had left at the dentist’s. 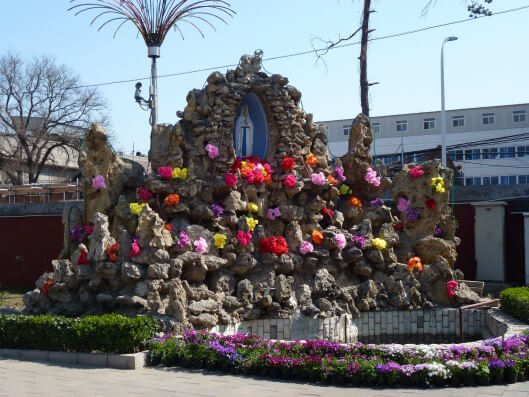 I stood in the church yard for the better half of an hour the first time, pondering if Catholicism is any different in China. Does the Church cater to the polytheistic beliefs and ancestral worship traditions that characterize much of the elderly generation and the rural populace? Is Catholicism more appealing than Protestantism to Chinese people of traditional beliefs because the Catholic saints with their patron areas can take on the role of the many gods governing various aspects of life? Or does Protestantism’s more understated gatherings have its appeal in a country where organized religion is looked upon with a suspicious eye? I truly wanted to knock on Reverend Father Joseph Brian’s door and ask all my questions, including the most burning inquiry: does the Chinese government interfere with the Church (and its teachings) in any way?

Father Peter Luo, or at least the man I believed to be him, was out in the yard talking to visitors. He looked my way several times as well, but I wasn’t sure if he as an ethnic Chinese person, whether a citizen or foreigner, would be as outright as Reverend Father Brian. Perhaps that was a baseless concern.

But I didn’t knock on Reverend Father Brian’s door either. The church yard was closing at 11 a.m. until 2 p.m. for the daily rest, and my host was done with her appointment, so I left wondering if I would have provoked the wasps’ nest by asking and writing about the Church in China. Should I have dipped my hand in that pot? 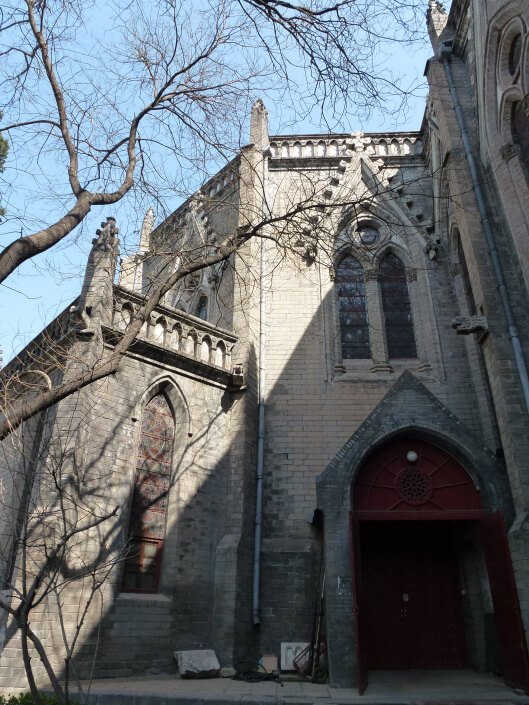 I am flying to China tomorrow for the first time since the 2012 trip when this church visit occurred and am unsure of yet what more changes will await me. I’ve typically go to China every 3-5 years and each time I am astounded by how much has changed. Sometimes for the better, sometimes for worse. I guess we shall see.