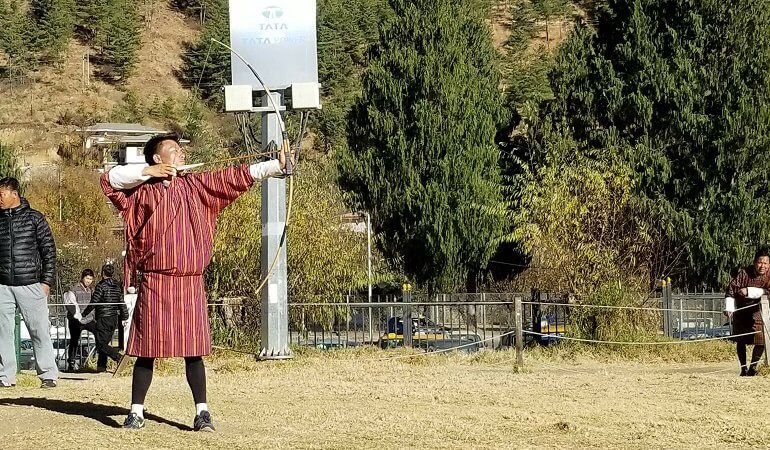 But once you’ve put down the money to travel to the isolated Himalayan kingdom, you might as well as make sure to include these must-have experiences in Bhutan.

This first item may seem like a given, but because most of your meals will be in restaurants and hotels that cater to tourists, you’ll get surprising little Bhutanese food if you don’t seek it out.

Apparently, the first batches of tourists that visited the country after it was opened to tourism in 1974 complained the local food was too spicy and too weird, so now most places serve a mixture of western, Chinese, and Indian dishes. (This also reflects the countries where the biggest groups of tourists are from.)

If you’re like me and love trying local food, you probably also just said a silent F you to those initial complainers. Because I didn’t go all the way to Bhutan to eat foods from home (though I won’t say no to fried chicken or spaghetti anywhere).

And because Bhutanese food is the bomb.

There’s the deliciously spicy chili cheese (basically the national dish), the popped rice cereals (I legitimately asked if I could buy a bag of this), and the traditional hot butter tea (okay this last one is something I can only have limited quantities of).

Foods are typically cooked with soybean or sunflower oil and eaten with hands, though I still have yet to master eating without utensils despite growing up around cultures in which this practice is common.

2. Soak in a hot stone bath

The hot stone bath is one of the only add-ons that you have to pay for separately when you visit Bhutan. But it’s worth the money.

The foundation of this only-in-Bhutan experience consists of mineral stones collected from mountains and caves across Bhutan.

These stones are then heated up for hours beforehand atop a wood fire. When the time is right, they’re shoveled into a bathtub full of water, and the therapeutic elements of the stones are released along with the sizzling steam. (Our hosts also added some traditional medicinal herbs to my tub as I was under the weather.)

Our experience was in a farmhouse shed with wooden bathtubs. A partition separated the area for the hot stones from the area where you soak. A higher partition granted privacy whenever you needed more heat and requested additional hot stones to be added to your tub.

For an extra 1500 ngultrums (roughly $25 USD) plus tip, it was well worth the experience. We were free to soak for as long as we wished, though like most people, we needed to get out after 40-45 minutes to prevent becoming dizzy and overheated.

3. Drink a beer with locals at a Bhutanese bar

While Bhutan is heavily Buddhist and the sale of tobacco is banned across the country, it’s a nation that drinks quite a bit. There are bars all over the place, including many restaurant-bar combos. These aren’t the places you’ll likely be eating on your tour, however, so venture out on your own one evening (or every) and walk into one of these bars.

I won’t lie, it can be a little intimidating as they’re so different from western bars. I dragged my friend out to one, and we awkwardly walked into what basically seemed like a family’s living room. Complete with their central stove right in the middle — but also with a bar against one wall.

It felt more like being the only non-kid, non-parent at a gathering of extended family until two older men walked in for a drink. We tried to make a little bit of small talk, but our efforts fell limp. Oh well, it was a good venture into non-tourist Bhutan before dinner at the hotel commenced.

No additional words needed for this one: here’s an entire post on the Dochula Druk Wangyel festival and why you must include a festival experience in your Bhutan trip.

5. Climb up to the Tiger’s Nest

As Bhutan’s most famous landmark, the Tiger’s Nest is automatically included in almost every itinerary. And it’s worth the 900-meter climb to the monastery.

Set on a cliff 3,100 meters in the air, the Tiger’s Nest is one of the kingdom’s most sacred sites. (I’ll follow up next week with more details on how to visit the Tiger’s Nest.) 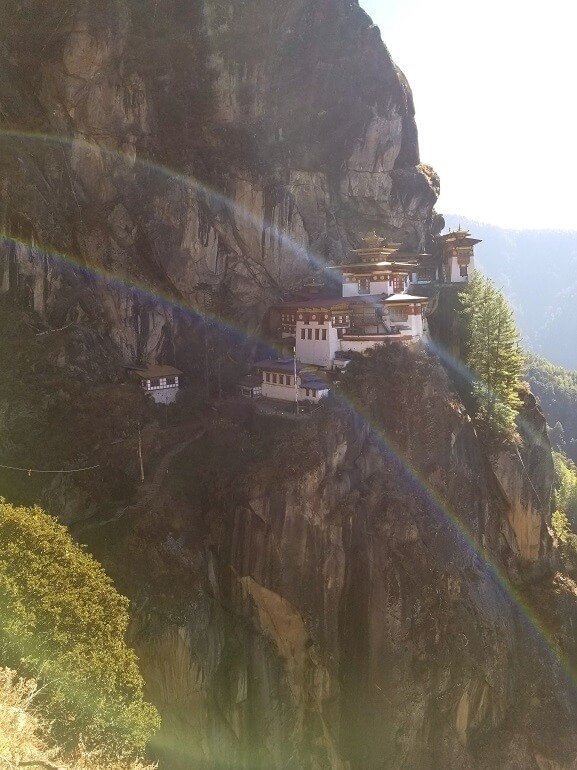 The dancing, the war cries, the awe-inspiring accuracy. When you’re in Bhutan, you have to witness a traditional archery match.

As the national sport, archery with traditional bamboo bows and arrows is all over Bhutan, all the time. We caught both an informal match and one of the preliminary matches of the Druk Wangyel National Archery Tournament.

They stand so, so close to the target that you can’t help but flinch as the arrows whizz through the air and hit the targets. Add on the ritual singing and team dances, and a game of archery becomes a festive yet almost religious experience. 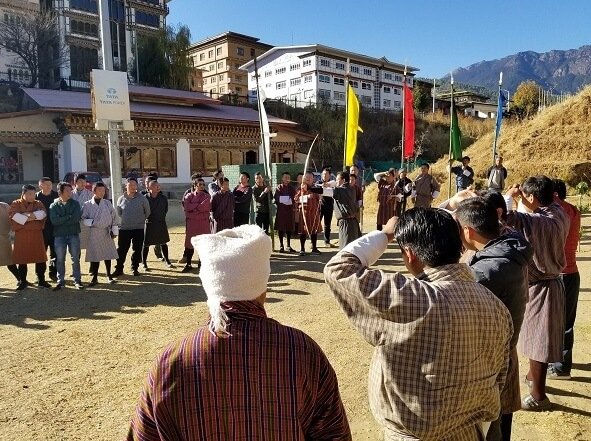 Quick note for my lady travelers: archery is a men’s sport in Bhutan, and we were told that women generally only come to the tournament finals. But no worries if you’re the only woman at an informal game or a preliminary match. The locals are super friendly and no one will give you weird looks! (In fact, it was only as I was writing this that I realized there were no other women at the matches I attended.)

7. Try your hand at bamboo bow and arrow archery

You can’t leave without giving this tradition a try!

You likely won’t be trying your hand at the traditional 145-meter range unless you happen to already be a master archer. But believe me, even the 10-meter ranges can be difficult.

8. Witness the art of wood turning 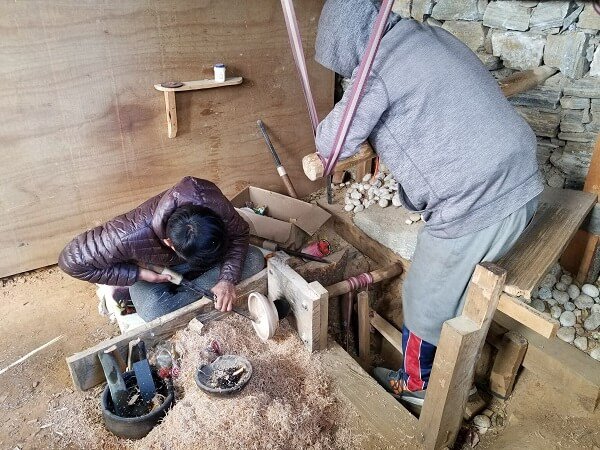 I’d never heard of this before, but basically, think of a pottery wheel, but instead of clay, you’re working with wood. And the wheel is powered by a colleague who’s pedaling to turn it, a la an elliptical machine. It’s an absolutely fascinating process to watch.

Which of these 8 must-have experiences would you be the most excited about? Pin it to share it! 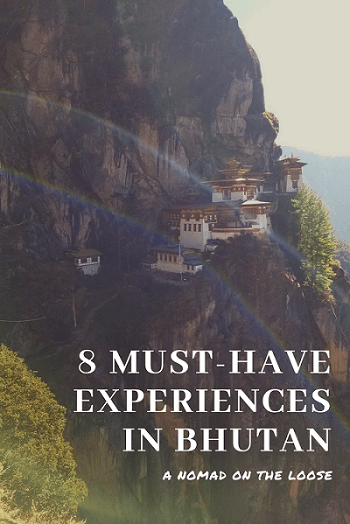 7 thoughts on “8 Must-Have Experiences in Bhutan”