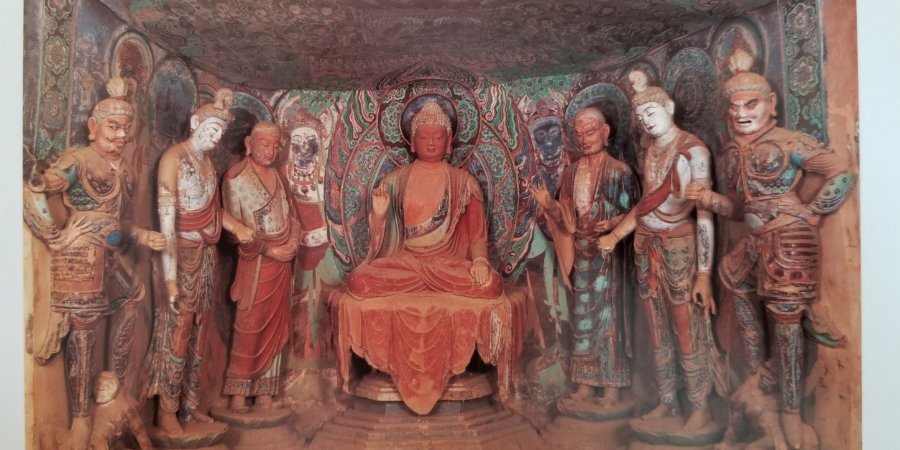 From the west came not only Silk Road traders who came to Dunhuang and passed by Mingsha Mountain and Crescent Oasis, but also monks. Monks who would forever change the people and landscape of this Silk Road garrison. Today, we know their legacy as the Mogao Caves, or Thousand Buddha Grottos.

It is the largest and most renowned treasure trove of Buddhist art in the world and a UNESCO World Heritage Site.

It began with a monk named LeZun, who arrived in the Dunhuang area in the year 366 and decided to chisel out the first cave after having a vision.

For more than a thousand years afterwards, Buddhist devotees would hand-chisel or commission caves in these cliffs. As the Silk Road dwindled, so did the prosperity of Dunhuang and the passion for the Mogao Caves, until renewed interest once again put it back on the map in the 20th century.

Today there are 735 caves, 492 of which have paintings and sculptures.

And what you see is incredible.

Many of the sculptures were repaired during the Ming and Qing dynasties, but the wall paintings are almost all originals, an amazing feat when you consider that some are more than 1600 years old.

The key is that they were painted with ground-up minerals, which maintain their vibrant hues despite the years, though some do change shades due to oxidation and other natural interactions. The government’s choice to forbid photography inside the caves has also helped as the number of visitors skyrocketed. (As such, most photos of artwork in this post are photos taken of postcards I purchased.)

In the 1000 years after LeZun started his legacy, Buddhism and its spread in China evolved, as did Chinese culture through successive dynasties.

And as logic would imply, so did the artwork inside the caves. (The outside used to be covered in paintings as well, but these days few have survived the beatings of Mother Nature.)

While Buddhism was the main inspiration, there are artworks with Tao elements and other Chinese mythological creatures mixed in. There were also influences from Greece via India, as well as Pakistani influences.

Earlier caves tended to feature calmer and more austere images as there was a lot more fighting and instability during those times, versus the more lively artwork during the prosperous and peaceful Tang Dynasty.

Almost all the caves are under lock and key these days to help to prevent deterioration. (A couple of decades ago you could still spend all day wandering freely through caves.)

Visitors with the ¥200 tickets are shown eight different caves, dependent on their assigned guide, and have the option to visit four other ones that are always open. There are 6000 of these tickets per day and English tours are very limited, so reservations are highly encouraged. The online booking system is still a little wonky, so foreigners are best off finding a Chinese friend or travel agent to help.

For those unable to get tickets, there is a supplemental ticket system whereby 12,000 tickets per day are issued. Ticketholders of that type only get to see the 4 open caves and without any tour guide explanation. These tickets cost ¥100.

Guides provide fascinating cultural context on the art, from Buddhist parables to the discovery of 50,000 sutras (cave 17).

They also give historical information that makes the present condition of the caves even more amazing:

So if you’re already going to be making your way to western China, I’d highly suggest you make advanced plans and ensure yourself the pricier ticket. We can only hope that preservation efforts mean this treasure along the Silk Road lasts forever. 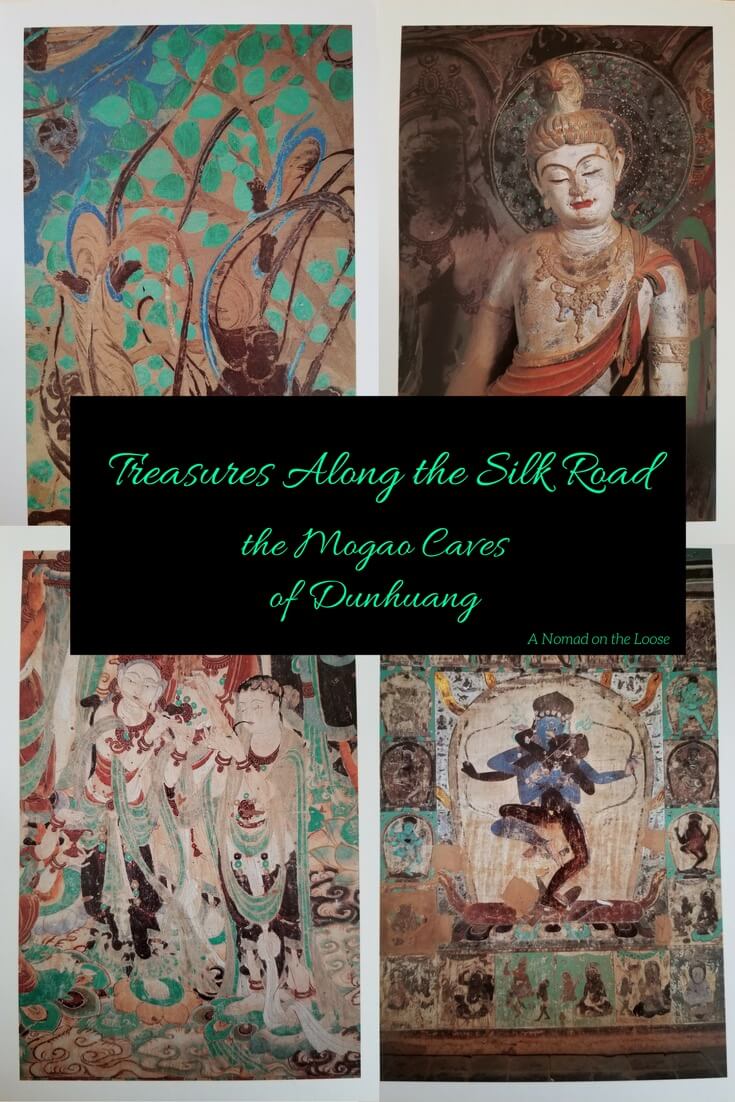 7 thoughts on “Treasures Along the Silk Road: the Mogao Caves of Dunhuang ”