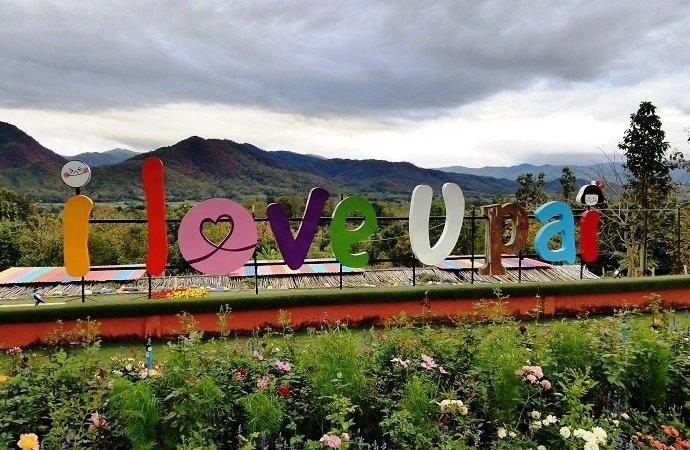 “You have to go to Pai!” “Omg have you gone to Pai yet? I was just there and wish I could go back asap.” “Did you go to Pai? Pai is so cool.” I’ve heard dozens of variations of these enthusiastic exclamations over the past year both in Thailand and back home in the States. But I’m here to tell you: forget the hype, Pai isn’t worth your time.

Where’s Pai and what’s so special about it?

A tiny town in northern Thailand’s Mae Hong Son province, Pai is now one of Thailand’s hot spots, especially among backpackers. It’s been home to hippies for a while, but over the past decade, it’s really blown up as a tourist hotspot.

The town, which now has more than 2,000 full-time residents, sees influxes of both Western and domestic tourists that swell up this little place. There are dozens of hostels and hotel options nowadays, with more on the way. Tourists zip by on scooters during the day, en route to various canyons, waterfalls, and hot springs in the area. In the evenings, they swarm the nightly market that stretches through the town’s main streets. 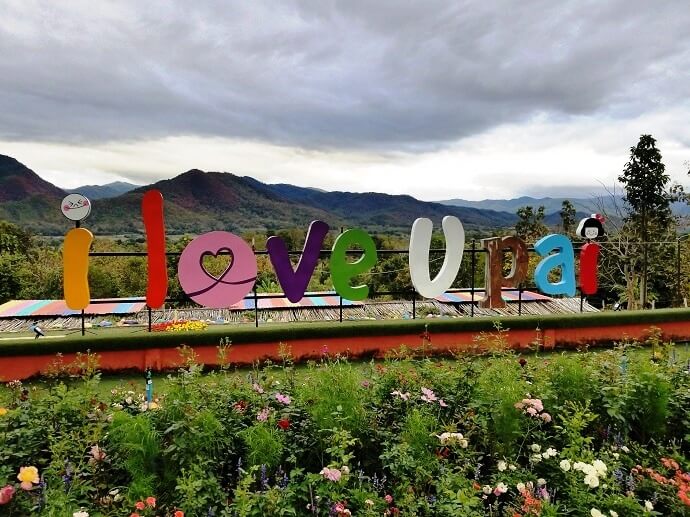 To get there, most visitors take a stomach-churning van ride from Chiang Mai, a trip known for its 762 turns. (Motorbike is the other main mode of transportation, though a lot of experience in that realm is highly recommended for these roads.)

It’s known to be a chill, hippie, oh-so-different-from-the-rest-of-Thailand spot that every cool backpacker has to experience.

My experience in Pai

I don’t remember hearing about Pai before or during my first trip to Thailand about 4 years ago. But then again, that was a short trip to the southern part of the country. This time around, it was almost impossible to go a day without hearing about Pai, especially because I spent more than a month in northern Thailand alone.

I didn’t immediately take to the idea of Pai despite all the rave reviews I heard from other travelers. It wasn’t going to be a place that I sought out. But when I decided to go to Wat Pa Tam Wua monastery for vipassana meditation and realized I’d have to go through Pai anyways, I decided to stay for a day. Poor weather extended that to two days, and that was plenty enough.

I met a couple of other solo female travelers in my hostel, and my first day in Pai basically consisted of us cafe hopping for hours on end due to the constant rain. Vegan cafes and chai hangouts abound. (I will admit though, Om Garden Cafe is pretty solid. It has non-vegan options as well.)

On my second day in Pai, we headed out on scooters to check out the local canyon and a farm that had become a tourist attraction after a series of land splits put it on the map. We also visited a World War II-era bridge and some local Buddhist sites. Each day concluded at the night market, which had more international options such as falafels, burgers, and French crepes than Thai dishes.

Why I didn’t love Pai

Perhaps once upon a time Pai was a fantastic village to visit as a jumping off point for trekking and exploring the area’s many natural splendors, but today, it feels like a constructed Western hippie rest spot. In fact, on the rainy day I spent in Pai, I actually forgot I was in Thailand because I was in such Westernized places surrounded by so many Westerners.

When people who love Pai talk about it, rarely do they talk about the Shan culture of the locals or anything indigenous to the area. Instead, it’s always about the vegan food options, the Instagrammable hotspots, and the chill (oft drug-induced) vibe among other tourists. In other words, the stuff that’s been imported in.

And maybe I’m just extra jaded because I’m a few years older than the bulk of the Pai-hyping population. Maybe it’s because I live in the vegan, hippie symbol that is San Francisco (though granted, it’s become less hippie over the years). Maybe it’s because I’m tired of all the people chasing Instagram shots as their priority when traveling. And maybe it’s because I don’t need to go halfway across the world to hang out with other Westerners in Westernized settings. Whatever the combination of these reasons, Pai just wasn’t worth it for me.

Been to Pai and either agree or vehemently disagree with me? Tell me about your experience! 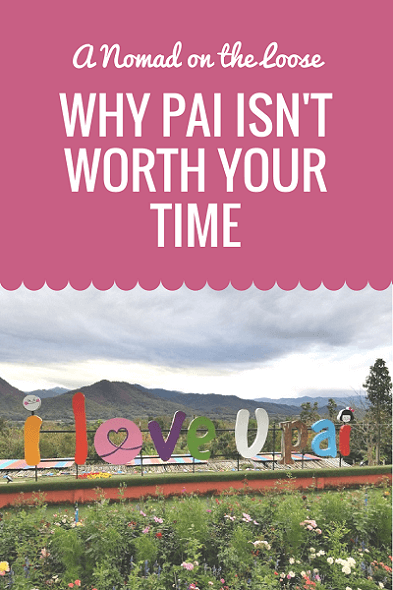