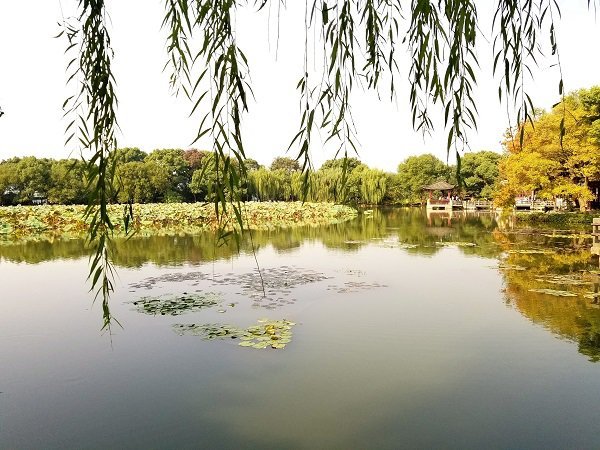 Long renowned as one of China’s most beautiful cities, Hangzhou was my favorite stop of the four cities in my eastern China adventure. Together with Suzhou, Hangzhou is known as “heaven on earth,” as named by a famous old Chinese saying. In my opinion, Hangzhou is worth at least a two-day stop. And it’s one of those places you could easily enjoy time and time again. But for those with limited time, here are my 5 top things to do in Hangzhou.

Note: If you can, avoid going on the weekends. With the high-speed rail in place, Hangzhou has become a weekend getaway hotspot for Shanghai residents looking to escape the city. The difference in the size of the crowds is immense and very visible, so save yourself the trouble and head out to heaven on earth on a weekday.

Conversely, because of the convenience of the high-speed rail, Hangzhou is a perfect day-trip (or two-day escape) if you’re coming from Shanghai.

To come to Hangzhou and not visit West Lake would be to come to San Francisco and not see the Golden Gate Bridge or to go to Paris and skip the Eiffel Tower.

Situated smack dab in the middle of Hangzhou, West Lake has long been a tourist attraction going back hundreds of years, a favorite of emperors visiting the region. It’s also offered centuries of inspiration to poets and painters.

Today, the UNESCO World Heritage Site is still one of Hangzhou’s most visited places.

And it’s not hard to see why. The vast freshwater lake is surrounded by lush greenery and a variety of flowers, a number of temples and pagodas, and 10 famous scenic points. 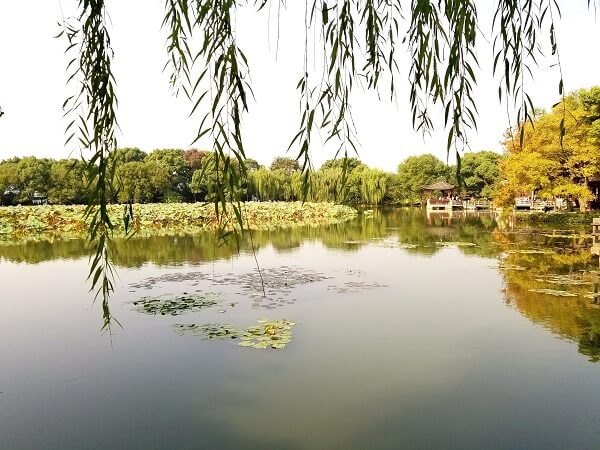 Start your visit from any of the numerous entrances to West Lake and let the footpaths lead you through the park’s many mysteries.

Photo ops are plentiful, as are opportunities for delicious small bites. Stroll along the lake until you find a dock where you can board either a hand-rowed or a motorized boat. 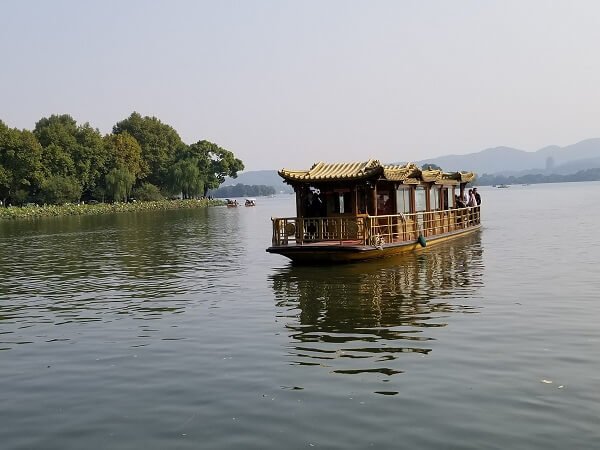 Wealthy people (and emperors) have long enjoyed boat rides on West Lake, entertained by courtesans and other performers while feasting on delicacies.

You likely won’t get the entertainment or the food, but you can try to recreate the experience by bringing your own picnic. This option is best for the hand-rowed boats, which are private hires priced by time. Prices depend on the type of boat.

If you’re more interested in a tour of the lake and a visit to the islands, take the motorized option. Those boat tickets are ¥55 per person and allow you to get off once (at any island they stop at) and then back on once (to return to any of the docks around the lake). 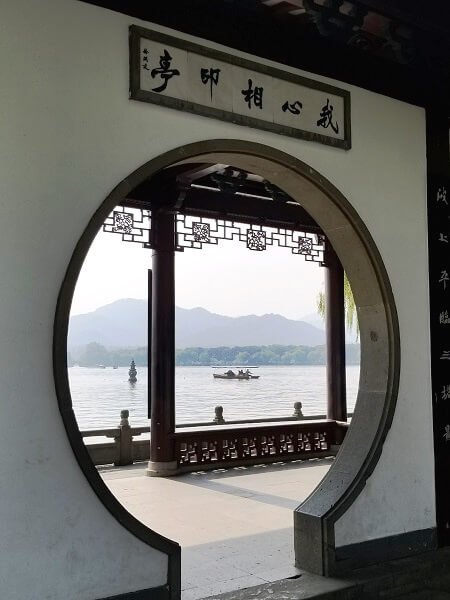 One of my favorite things about traveling is visiting street markets of all kinds. While Hefang Street is definitely on the more commercialized end, it’s still 100% worth the visit. And honestly, it’s pretty hard to miss it if you’re in Hangzhou.

The restored ancient street is now home to many vendors offering everything from old-school picture shows to traditional fans to umbrellas of every type.

You can also enjoy traditional Chinese treats such as candied hawthorn and regional favorites such as meat moon cakes, or pop into an actual restaurant for Hangzhou’s famous Dongpo pork and other specialties.

There’s a certain liveliness to the street during the day, but a nighttime stroll is worth it, too, if only to snack on some sweets and people-watch.

Just off Hefang Street is this rather untraditional attraction. While it may sound a little boring and academic, the Museum of Traditional Chinese Medicine is actually incredibly fascinating if only for all the specimens housed inside.

Here’s a photo from the main lobby, which is a TCM pharmacy and has been for nearly 150 years. I won’t spoil what’s inside the museum. That you’ll have to see for yourself. Tickets are ¥10. 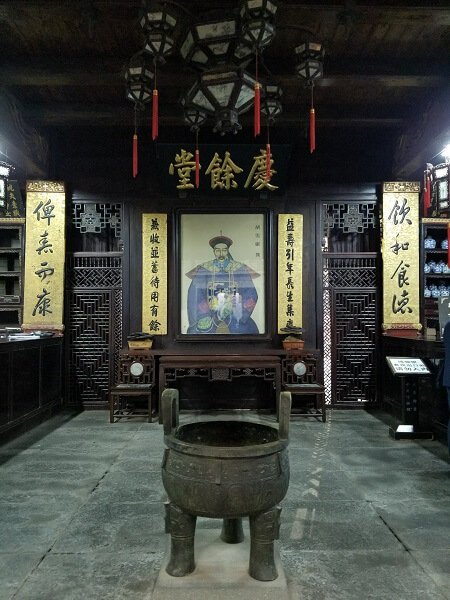 Four and five are actually two separate attractions, but because the box office for Lingyin Temple is inside the Feilai Peak area, you have to first buy a ticket to the latter in order to access the former.

Tickets to Feilai Peak are ¥45 and include access to a few other temples within the attraction parameters. Tickets to Lingyin Temple are ¥30.

Feilai Peak is just plain cool if you’re interested in in-situ sculptures. There are dozens of sculptures carved into the cliffs of the peak, mostly works of art from the Yuan Dynasty.

While I’d been to the Longmen Grottoes more than a decade ago and then the Mogao Caves a month before going to Feilai Peak, I was still entranced in the fantastic details and sheer quantity of sculptures.

It can be a little crowded initially, but most people tend to focus on the first 5 minutes’ worth of sculptures near the entrance and then lose interest in the rest. You should definitely stick around for those first ones as they’re some of the best preserved, but push on past the crowds and you’ll be rewarded with many other findings. 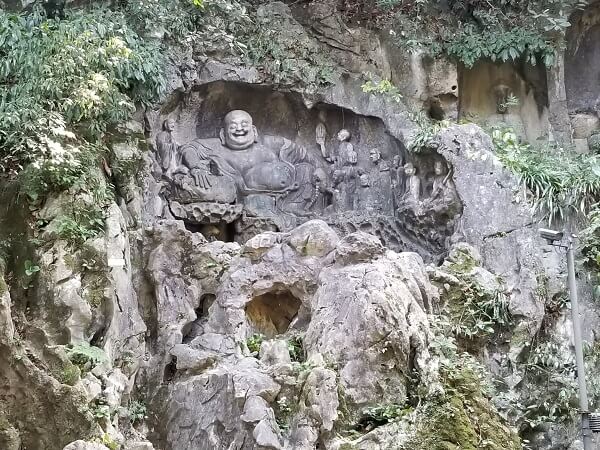 You can also climb up to the eponymous peak, but it’s not worth it in my opinion. It’s not a particularly scenic hike, and the only thing to see at the peak is a commemorative stone. There’s not even a good view of the park.

The natural next step is to visit Lingyin Temple.

Having been to many temples both in China and elsewhere in Asia, I was somewhat ambivalent. But I’m glad I went in.

While the temple itself wasn’t all that interesting to me, the temple complex had a number of exhibitions on Buddhist arhats that I found fascinating. The concept and definition of an arhat has evolved and depends on each sect of Buddhism, but the easiest western comparison would be to Catholic saints. (I admit this is an incredibly inept comparison, but I don’t think there’s a closer option within Abrahamic religions.)

If you have the time, you should also check out the neighboring temples in the complex. Some of the ones that are further away can require a solid hike, but the area is gorgeous and sites such as Yongfu Temple offer great aerial views of Hangzhou.

Have you been to “heaven on earth”? What are your favorite things to do in Hangzhou? 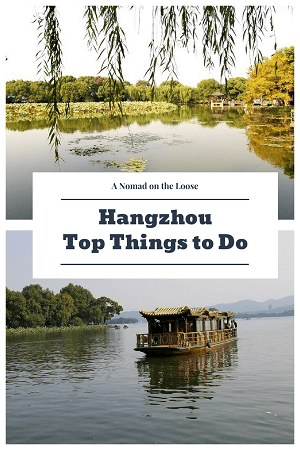 8 thoughts on “Heaven on Earth: Top Things to Do in Hangzhou”