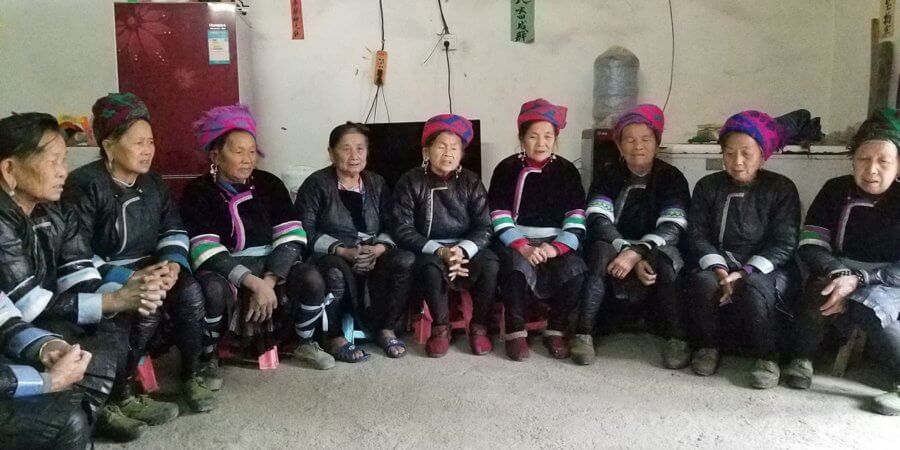 Besides the Miao ethnic minority, Congjiang is also home to many Dong tribes. In fact, Congjiang is part of Guizhou’s Qiandongnan Miao and Dong Autonomous Prefecture. This means that as with other autonomous areas of China, Congjiang has more Miao and Dong people than Han Chinese, the ethnic majority in China. So after visiting the Basha Miao, we couldn’t help but venture to learn about the Dong as well. We hired a local Dong driver who explained various customs as he drove us through various Dong villages, easily identifiable with their characteristic drum towers. After a windy drive through the hills surrounding Congjiang, we arrived at the Xiaohuang Dong village, famous for its grand choir and Dong songs.

Unlike the Basha Miao village, the Xiaohuang Dong village is not commercialized. There were no entrance fees or scheduled performances, no one who cared a single bit about visitors from the outside. So we walked around to explore and learn about the Dong, going down streets and poking our heads into alleys.

We saw a group of old men huddled in a barn chatting and hanging out with a prized bull. The Dong have a strong bullfighting tradition, and multiple times a year, the dozens of Dong villages in the region convene and bring their specially groomed bulls for multiple days of bullfighting.

We saw multiple pairs of women creating the traditional fabric for Dong clothing. Their signature shiny and somewhat crinkly metallic purple cloth is a result of fabric that is dyed with indigo and coated with egg white and then pounded for thousands of times. At times the rhythmic pounding of the fabric felt like a metronome guiding the village’s speed of life.

We saw a wedding procession bearing gifts as they made their way through the village to the bride’s family. They’re joyful and singing, a common sight in Xiaohuang Dong village, where nearly a third of the residents are purportedly professional-level folk singers. (As someone who can’t carry a tune, I was so jealous!)

Hearing the Grand Choir of the Xiaohuang Dong

Having explored the bulk of the village on foot, we asked our driver to see if any group of singers were available for a showcase. After all, we had been drawn to the Xiaohuang Dong village for their famous grand choir. And while we knew that we wouldn’t be able to see a huge ensemble given the momentary notice and the lack of a festival or other celebration, we hoped to at least hear some of their songs.

A fiery senior was quick on her feet to negotiate, and there was some friendly banter between her and our driver in their ethnic Kam language, of which we understood absolutely nothing. A Dutch couple was also puttering around as their tour guide tried making similar inquiries, so I approached them to share a performance and split the costs.

A total fee of ¥100 was agreed upon, and out of seemingly nowhere emerged another nine or ten senior women, each wearing their traditional outfits as well as heavy earrings designed to stretch their earlobes, making them as droopy as possible. Sitting on tiny plastic stools, they motioned for us to sit across from them and started singing a cappella. I have no idea what the songs were about since it was all in Kam, but it was fascinating and certainly something different. I can imagine that the effect is even more astonishing when the full grand choir of more than 1,000 singers of varying ages and voice types convenes.

I won’t share too much here as I think it’s best to hear the Xiaohuang Dong grand choir in person (and I wouldn’t want to spoil it all for you!), but here’s a short clip.

Liked what you heard? Pin it to share it! 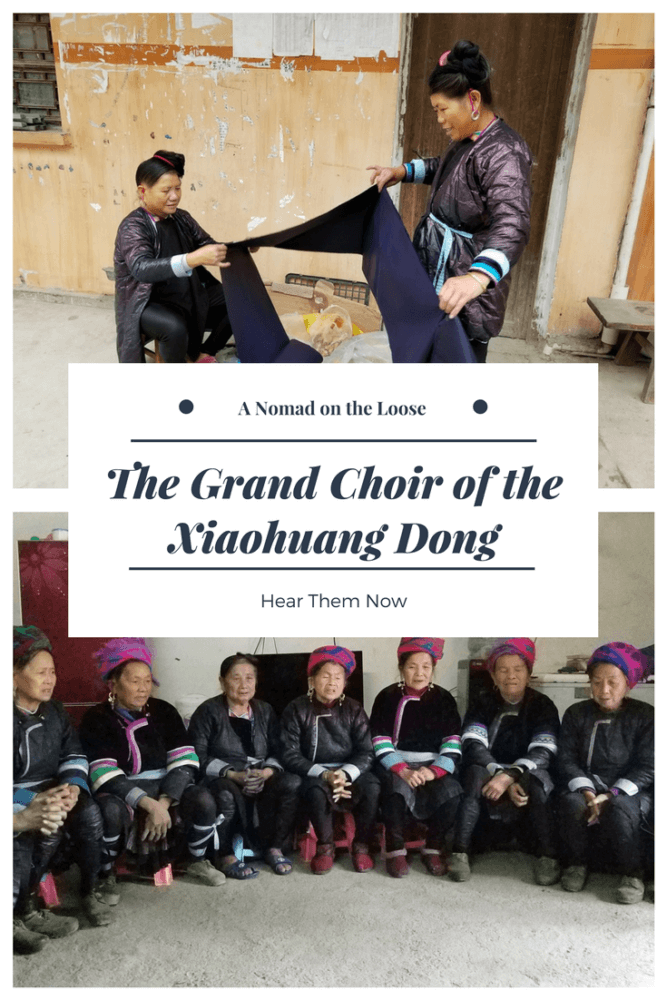 3 thoughts on “Hear the Grand Choir of the Xiaohuang Dong”